On the eve of his retirement after nearly thirty years in book publishing, Managing Editor Rob Kohlmeier offers scattershot observations on jobs and workplaces past and present.

You land a job interview after mailing an unsolicited application. You pass the editing test and a few days later you’re working. It’s 1991 and your first job as an editor is with a Toronto textbook publisher. Your office is large and your computer small – it’s a boxy Macintosh SE/30 with a nine-inch black-and-white monitor, a 40MB hard drive, and a floppy-disc drive. The editor who used the machine before you was a woman named Theresa, and by inputting her name she entered into a relationship with a cartoon moose inside the box. Even now, the moose pops up on the screen occasionally to offer advice, and each time you boot up it greets you in its cloddish moose voice: “Welcome, There’s a.”

On your first day on the job, the department head comes into your office to introduce himself and you have to decline to shake his hand because you’ve just spilled apple juice on your own hands. Later, you’re walking in the hall and notice an elegantly dressed woman furtively dump the contents of her coffee mug into a planter. She turns in alarm when she senses your approach, utters a cry, and runs off with tiny steps in her pencil skirt and heels. The company provides a windowed room with a couch and a few chairs for smokers. The smokers prefer to stand outside in the doorways than to exhibit themselves as smokers in a fishbowl.

Your first editorial project, a four-colour book aimed at Grade 4 science teachers, presents a series of classroom activities that address scientific principles. Toxins travel up the food chain when a burrowing owl eats a pesticide-laden grasshopper. Many instances of human ingenuity take inspiration from natural phenomena. The senior editor you work with, a fount of information and good sense, is closely attuned to the sensitivities of the book’s audience. “Don’t tell. Suggest,” she advises. “Teachers don’t like to think they’re being directed.” You notice that she dismisses as pedantic any editorial precept she dislikes, but she teaches you a good deal about organizing text and editing for a narrow audience.

At the Scottish-themed sales conference that year at a resort, Highland dancers perform and some of the male sales reps crouch on the floor for the view. Lurid tales are told of the prodigious drinking the company’s founders indulged in and its unpleasant consequences on board aircraft. At the conference banquet, people line up at a long table at the front of the room to eat haggis without the use of their hands.

On your SE/30 you work with files from many contributors. Because your computer is not networked, you copy your edited files to a 3.5-inch diskette and walk the diskette down the hall to the typesetter. The typesetter, after composing the pages, uses melted wax to paste up columns of type on cardboard flats, which are photocopied and passed to you for review.

In addition to editing and proofreading, you manage parts of the project yourself. You direct a photo shoot at an elementary school and supply several of the props, among them a pair of pliers meant to rhyme with the seed-crushing bill of the northern cardinal. In some of the classrooms you visit, the students are as raucous as crows. They bounce off the walls while their teachers stand by, frazzled and shame-faced. The students who wear glasses remove them as soon as a camera appears before them.

Back in your office you start to feel comfortable and you personalize your space. You extinguish the moose. On your corkboard you pin a scrap of paper that bears the phrase “effortful, like doggies at sea,” because you like the image, you like the sound.

That summer, to raise funds for charity, the company sets up a dunk tank in the parking lot and administrators take turns as dunkee. Except for one – a higher-up in accounting who explains, “Major babes don’t do dunk tanks.” The company VP, however, sits gamely on the collapsing seat above the water and holds a sign to provoke the dunkers: “What’s the use of power if you can’t abuse it?”

Not long after, you find work as an editor with a different textbook publisher. The corporate atmosphere there is at times unsettling, but you enjoy the work and see yourself staying with it. Email and Internet arrive. The books you work on are intended for post-secondary students, and you get to know the texts well enough that at the end of each project you feel you’ve earned the equivalent of a course credit. At the Tuesday production meetings, twenty-one people gather in a windowless room, and you are the only male. Once a week in summer you play co-ed slow-pitch with your colleagues in a publishers league, and after each game, win or lose, you go for drinks to celebrate.

For its summer barbecue, the company erects a sprawling blue-and-white-striped tent in the parking lot. Under its canopy you find yourself in conversation with a junior editor who asks you to quit your job. “You’ve done it,” she points out. “Isn’t it time to let someone else take over?” As you weigh the wisdom in this advice – an “Okay boomer” salute avant la lettre – a shocking thing happens. A gust of wind comes up and shakes the tent, causing a stout wooden pillar to fall over. It hits the junior editor on the head. She is disoriented for a moment but okay. It was a glancing blow. The director of HR hurries over, offers aspirin, and implores her not to sue. You hold on to your job for a few years more.

You start looking for editorial work outside Toronto. The city has become wearing.

During your first job interview at WLU Press, the then-director asks whether you’d be comfortable working in a position that offers little job security. You say no, you would not, but that any unease you felt would hardly be new in your experience. After all, job security has become as quaint a relic of the past as the SE/30. You are hired as an editor anyway, and, though the Press survives and your job survives, you think back to that interview every time you hear of a university press closing or some new initiative, whether at your own university or in government, that might affect the Press in a negative way. It’s not you that’s changed, it’s the world of work.

During your first years at WLU, the Press offices are located at the back of the red-brick building at 202 Regina Street. To reach your offices you walk through the Archaeology department, which displays in cases along the hallway various pots and shards and miniature sculptures unearthed in distant countries such as Jordan. These artifacts, enclosed in the still air of antiquity, each with an identifying tag so dusty as to be nearly illegible, are an immediate connection to the worlds of learning and inquiry and are utterly unlike anything in the hard, functional atmosphere of the corporate quarters you left in Toronto. A small jug in red clay, intact but for a section missing from its curved handle, has so pleasing a shape that you can’t but see in it a marriage of form and function so ideal that it could hardly be improved upon.

The greatest difference between publishing in the early ’90s and publishing now is in the larger number of book forms, all of which – electronic and audio as well as print – publishers are now obliged to offer. But technological advance has left its impress on still other areas, and publishers must come to terms with those as well: the vertiginous rise of social media, several of which are key marketing tools, however toxic the platforms; the concept of open access, an ethically unassailable idea that has eluded all attempts so far to make it financially viable; and the electronic systems that link parts of a publisher’s database to those of vendors and distributors. You have no idea how complex those systems are at the Press, and for that ignorance you are thankful. They are not your concern. You are an editor, an old-school text-centric words person, so the systems’ hiccups, malfunctions, backfires, misfires, repairs, tweaks, and updates – all are outside your bailiwick. Well outside. You keep your head down, bent over page proofs, dictionary by your elbow, rubber thimble on your ring finger, and try not to appear too much the socially indifferent person you are.

You do nothing to demystify the editorial work you do, but, if you have any knack for it at all, it is attributable simply to genetics, to the good books your parents put in your hands when you were young, and to a little application. Your father advised you to find work you enjoy and said if you find it you’ll be ahead of people who seek high pay and high status above all. You are fortunate to have found enjoyable work. Even now, in the end days of your career, your work continues to deliver satisfactions large and small, and you continue to seek ways, figuratively, to dance with the authors you work with. As a citizen in the republic of editors, you see your work as special in its way and not the type of work that anyone can do. But saying so is different from taking pride, for the job is essentially humbling. It would take more time than you have to do it really well. 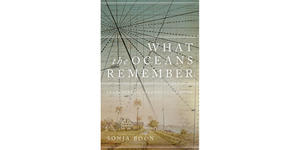