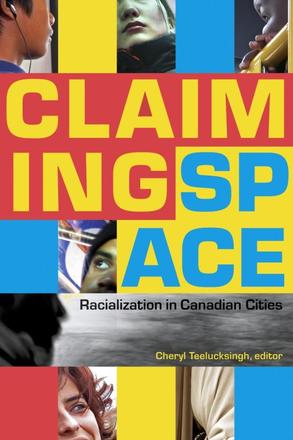 Carving Out a Space of Ones Own: The Sephardic Kehila Centre and the Toronto Jewish community | Kelly Amanda Train

There Is No Alibi for Being (Black)?: Race, dialogic space, and the politics of trialectic identity | Awad Ibrahim

Gambling on the Edge: The moral geography of a First Nations’ casino in Las Vegas North | Cathy van Ingen

Living with the Traumatic: Social pathology and the racialization of Canadian spaces | Leeno Luke Karumanchery

Domenic Beneventi recently completed a PhD in comparative Canadian literature at the Université de Montréal. His thesis examines the representation, marginalization, and exclusion of visible minorities in Canadian urban spaces. He is contributing co-editor of Adjacencies: Minority Writing in Canada and has published articles on the emerging field of Canadian urban literature, as well as on Italian-Canadian literature. His main research interests include Canadian and Québécois literatures, minority/ethnic writing, and urban theory.

Jenny Burman is an assistant professor of communications in the Department of Art History and Communication Studies at McGill University. She teaches and writes about urban culture in Canada, the transnational circulation of money, people, and cultural artifacts, and the detention and deportation of suspect communities in Canada.

Glenn Deer teaches Canadian literature, Asian North American writing, and rhetorical theory in the Department of English at the University of British Columbia. He is the author of Postmodern Canadian Fiction and the Rhetoric of Authority and is an associate editor for the journal Canadian Literature. His article “Remapping Vancouver: Composing City Space in Asian Canadian Writing” is forthcoming in Essays in Canadian Writing.

Awad Ibrahim is an assistant professor in the College of Education at Bowling Green State University, Ohio. He teaches and is published in the areas of anti-racism and critical multiculturalism, applied and sociolinguistics, cultural studies, critical pedagogy, and educational foundations. He is interested both in exploring the connections between race, language, and culture and the politics of identity, and in film and popular music studies, especially hip-hop and rap. His book, “Hey,Wassup Homeboy?” Becoming Black: Hip-Hop, Race, Language, Culture and the Politics of Identity in High School, is forthcoming.

Leeno Karumanchery received his PhD at the University of Toronto, focusing on social change, education, and anti-oppressive theory and practice. Widely published in the field of equity-based reform and diversity management theory, Leeno is co-author of Removing the Margins: The Challenges and Possibilities of Inclusive Schooling and Playing the Race Card: Exposing White Power and Privilege, both critically acclaimed texts in the field of anti-oppression theory and practice. He is also editor of the critical reader, Engaging Equity: New Perspectives on Anti-Racist Education. Along with his writing and research, he is also executive director of Diversity Solutions Inc.

Anastasia N. Panagakos is a post-doctoral fellow in the Human and Community Development Department at University of California Davis. Her current research addresses the uses of information and communication technologies among transnational migrants in the U. S. and Europe.

Cheryl Teelucksingh is an assistant professor of sociology at Ryerson University. Her scholarly activities relate to the areas of environmental justice, spatial analysis, applied geographical information systems, and ethno-racial and immigrant settlement patterns in Toronto.

Kelly Amanda Train is a PhD candidate in sociology at York University. Her dissertation, along with various publications, focuses on issues of race, ethnicity, Jewish identity, and community construction. She also teaches in the Department of Sociology at Ryerson University.

Cathy van Ingen is a faculty member in the Department of Physical Education and Kinesiology at Brock University. She teaches courses on qualitative research methods and cultural studies of sport and leisure. Her research interests include issues relating to sexuality, gender, race, and gambling within sport and leisure geographies in particular.

Rinaldo Walcott is an associate professor and Canada Research Chair in Social Justice and Cultural Studies at the Ontario Institute for Studies in Education (OISE) at the University of Toronto.

Claiming Space: Racialization in Canadian Cities critically examines the various ways in which Canadian cities continue to be racialized despite objective evidence of racial diversity and the dominant ideology of multiculturalism. Contributors consider how spatial conditions in Canadian cities are simultaneously part of, and influenced by, racial domination and racial resistance.

Reflecting on the ways in which race is systematically hidden within the workings of Canadian cities, the book also explores the ways in which racialized people attempt to claim space. These essays cover a diverse range of Canadian urban spaces and various racial groups, as well as the intersection of ethnicity, class, gender, and sexuality. Linking themes include issues related to subjectivity and space; the importance of new space that arises by challenging the dominant ideology of multiculturalism; and the relationship between diasporic identities and claims to space.

``Claiming Space is an edited volume consisting of ten well-written chapters, primarily concerned with racialized spaces and the socio-political power/resistance relations that permeate them. It deals with processes of racialization and several urban manifestations of social inequality (13) from a postmodernist/post-struturalist perspective. ..and is appropriate for interdisciplinary social science students in upper level undergraduate or graduate courses. '' 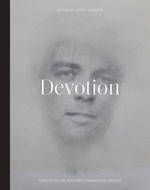 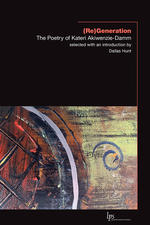