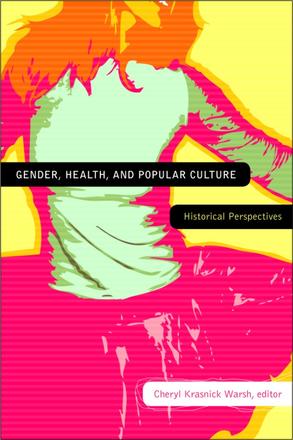 Part I: The Transmission of Health Information

Controlling Conception: Images of Women, Safety, Sexuality and the Pill in the Sixties | Heather Molyneaux

II: Popular Representations of the Body in Sickness and Health

From La Bambola to a Toronto Striptease: Drawing Out Public Consent to Gender Differentiation with Anatomical Materials | Annette Burfoot

“The Closest Thing to Perfect”: Celebrity and the Body Politics of Jamie Lee Curtis | Christina Burr

“Every Generation Has Its War”: Representations of Gay Men with AIDS and Their Parents in the United States, 1983–1993 | Heather Murray

Annette Burfoot is an associate professor of sociology at Queen’s University, teaching feminist science studies and visual culture. She edited The Encyclopedia of Reproductive Technologies and co-edited (with Susan Lord).

Ric N. Caric is a professor of international and
interdisciplinary studies at Morehead State University in Kentucky. His social
theory and American history articles have appeared in Philosophy in the
Contemporary World, Pennsylvania History, and other journals. Caric is
finishing a book on popular culture in antebellum Philadelphia, and his
political commentary can be found at his “Red State Impressions” blog.


Lisa Forman Cody is an associate professor of history and
associate dean of the Faculty of History at Claremont McKenna College in Los
Angeles. She is the author of Birthing
the Nation: Sex, Science, and the Conception of Eighteenth-Century Britons
(2005), which won the Berkshire Conference of Women Historians Best First Book
of the Year Prize, the Phi Alpha Theta Best First Book Prize, and the Western
Association of Women Historians Frances Keller Richardson-Sierra Prize. She is
working on two books tentatively entitled Divided
We Stand: Divorce and Sexual Scandal in the Age of the American Revolution
and Imaginary Values: Health, Wealth, and
Human Labor in the British Imperial imagination, 1660–1840.

Jenny Ellison recently received her doctorate in history
from York University in Toronto. Her research on the fat-acceptance movement
has appeared in the Fat Studies Reader
(2009) as well as the Journal of the Canadian Historical Association. Her
current research examines self-esteem as a women’s health issue.

Lisa Featherstone is a lecturer in Australian history at the
University of Newcastle, Australia. She has published in gender history,
medical history, and the history of sexuality, and is currently writing a book
entitled Let’s Talk about Sex: Histories of
Sexuality in Australia from Federation to the Pill, to be published by
Cambridge Scholars Publishing in 2011.

Kirsten E. Gardner is an associate professor of history and
women’s studies at the University of Texas at San Antonio. She is the author of
Early Detection: Women, Cancer, and
Awareness Campaigns in Twentieth-Century United States.

Mandy Hadenko is a doctoral candidate in the Department of
History, York University, Toronto. Her dissertation is entitled “Cervical
Cancer and the Canadian Woman: Provincial Roles in Cancer Prevention. ”

Heather Molyneaux recently received her doctorate in history
from the University of New Brunswick. Her dissertation examines the
representation of women in the Canadian
Medical Association Journal pharmaceutical advertisements. She has
published in Acadiensis and has an
article co-written with Linda Kealey in the Journal
of Canadian Studies.

Heather Murray is an assistant professor in the Department
of History, University of Ottawa. Her monograph, Not in This Family: Gays and Their Parents in North America, 1945–1990s,
was published in 2010 by the University of Pennsylvania Press.

Christabelle Sethna is an associate professor at the
Institute of Women’s Studies and Faculty of Health Sciences, University of
Ottawa. She has published numerous articles on sex education, contraception,
and abortion history. She has completed a SSHRC-funded study on the impact of
the birth control pill on single Canadian women between 1960 and 1980. She is
currently working on another SSHRC-funded research project on the travel that
Canadian women undertake to access abortion services, past and present.

Sharra L. Vostral is an associate professor, holding a joint
appointment in the Department of Gender and Women’s Studies and the Department
of History at the University of Illinois, Urbana-Champaign. Her book, Under Wraps: A History of Menstrual Hygiene
Technology (2008), examines the social and technological history of
sanitary napkins and tampons, and the efforts to hide menstruation and menstrual
artifacts, as well as the effects of technology upon women’s experiences of
menstruation. She co-edited Feminist
Technology (2010), which explores feminist methods, theories, politics, and
interventions in the design of artifacts. Her current research is a history of
toxic shock syndrome and its relationship to tampon use during the early 1980s.

Cheryl Krasnick Warsh is a professor of history at Vancouver
Island University in Nanaimo, British Columbia. Her publications include Prescribed Norms: Women and Health in Canada
and the U. S. since 1800; Moments of
Unreason: The Practice of Canadian Psychiatry and the Homewood Retreat,
1883–1923; and Consuming Modernity: Gendered
Behaviour and Consumerism before the Baby Boom.

Health is a gendered concept in Western cultures. Customarily it is associated with strength in men and beauty in women. This gendered concept was transmitted through visual representations of the ideal female and male bodies, and ubiquitous media images resulted in the absorption of universal standards of beauty and health and generalized desires to achieve them. Today, genuine or self-styled experts—from physicians to newspaper columnists to advertisers—offer advice on achieving optimal health.

Topics in this collection are wide ranging and include childbirth advice in Victorian Australia and Cold War America, menstruation films, Canadian abortion tourism, the Pap smear, the Body Worlds exhibition, and fat liberation. Masculinity is explored among drunkards in antebellum Philadelphia and family memoirs during the 1980s AIDS epidemic. Seemingly objective public health advisories are shown to be as influenced by commercial interests, class, gender, and other social differentiations as marketing approaches are, and the message presented is mediated to varying degrees by those receiving it.

This book will be of interest to scholars in women’s studies, health studies, marketing, media studies, social history and anthropology, and popular culture.

``This important work will be a welcome addition to the literature, especially in the North American context, where most of the essays are situated. No other work attempts to draw together these disparate fields of study, and the volume's inclusion of popular culture is what makes it so truly innovative. ''

``The articles convincingly show how gender has influenced various aspect of health experiences, including the flow of information, the availability of services, and displays of healthfulness. ... [In the first section] the authors are careful to tease apart the public health discourse from the patterns of behaviou and advice set by women themselves as they encounter different sets of experts claiming to know what is best for women's bodies. ... The remaining articles on bodily representations highlight some of the innovative work being done in this field by exploring more recent manifestations of gendered identities and creatively challenging the idea of women as a collective. ... Taken together, these essays provide sophisticated models for exploring the interplay between health and gender as represented in popular culture. ... Although the majority of articles focus on Canadian developments, the North American breadth creates space for comparative studies, such as the one explored in the side-by-side articles on cervial cancer screening programs in the US and Canada. The book will likely appeal to a wide variety of readers with interests in health, feminism, reproduction, and body politics and offers a provocative collection of historically engaging and historiographically rich articles. ''

Other Books By Cheryl Krasnick Warsh 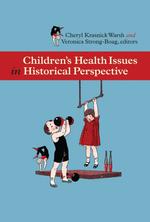