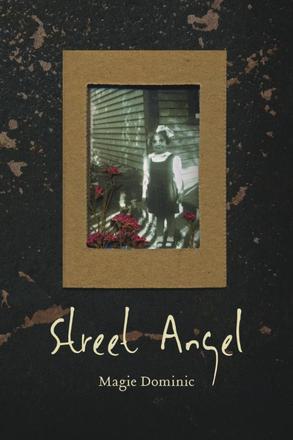 From Chapter One Saturday Day One

It's 1956. “Tennessee Waltz” on the radio in the kitchen. Ingrid Bergman and Marilyn Monroe. The Russians are sending dogs into space and the dogs have spacesuits and helmets. Ed Sullivan and the show of shows. The Honeymooners on Saturday night. Pat Boone and Nat King Cole. Food rationing has ended in England. Lady and the Tramp and Peter Pan. Elvis Presley appears on TV but we're not allowed to look at his legs. Polio shots in the school auditorium.

It's the summer between grade six and grade seven. I'm eleven years old. A June Saturday afternoon and I'm in my father's blue Chevrolet, on a Newfoundland section of the Trans-Canada Highway, on my way to the home of my father's brother and his wife and their two boys.

My father has heavy snow chains attached to the car's back bumper and the car drags them like the silver tail of a dragon—a dragon travelling at a moderate speed through occasional clouds of dust. Dragging chains from the back of a car prevents anyone in the car from having a sudden attack of car sickness. That's the theory. The technique has never worked for me, but my father attaches the chains every time we go on a trip just in case this is the day that the technique may actually work. My father is always prepared. A look in front is better than two behind. My father also has a fully equipped glove compartment. Along with Band-Aids, flashlights, work gloves, and maps, there's a bottle opener for sodas along the way. The glove compartment also has a supply of brochures—my father is a travelling paint salesman—and cards with all the amazing names for a single colour. Strips of cardboard with shades of white—Bone White, Glossy White, Matte White, Natural Ivory, Medium Ivory, Pure White, Pearl White, Off- White, White. My father is prepared for a sale right in the middle of the Trans-Canada Highway as it cuts through forest.

My mother is in the front seat. When she was young she was breathtakingly beautiful. I've seen her in black-and-white photographs. Loved to go skating with friends—a graceful figure sailing on ice. She imagined herself a movie star. She smiled often when she was young. Her face is round like a moon and her skin is soft from sweet Jergens lotion. Thick, dark-brown hair. Average height, but she has an air of tallness. Fair Scottish skin. Greenish eyes like a cat. She wears lipstick the colour of pomegranate—Fire Engine Red. If the Chinese Communists ever come to our door to take us away, my mother will greet them in Fire Engine Red. She looks into mirrors as if she's expecting something to happen—a stranger's face to appear in the glass. Another person—someone she wants to scare or control. Then she does a last-minute flick of her hair, freshens her lipstick, and goes off into town, a whiff of Tweed perfume trailing behind. A part of her lingers. A part of her always remains.

I'm in the back with a small bag. My suitcase is in the trunk next to the spare tire, crowbar, jumper cables, boxes of cookies, and samples of candy. My father is also a travelling confectionery salesman.

I want to be somewhere else for a while—even just for a few days. Away from the madness of home and the nuns. But I'm not sure what I'm doing or why I'm doing it. I'll be staying with my uncle and aunt for nine days, to take care of the two boys—one aged three, the other aged two. They're both plump and lively, and I'm told that they’re both good as gold. Got the faces and eyes of angels.

What am I afraid of? I ask myself. It's the unknown. I'll be in charge of two children's lives and I've never been in charge of anything in the entire eleven years of my life. Maybe it's anxiety more than actual fear.

Fear—real, honest-to-God debilitating fear—is an affliction. My mother has the affliction. She lives in absolute fear. Of getting sick, of having an accident, of sounds in the night. She has a debilitating fear of the night. Night is the pinnacle of her affliction. She envisions long, creeping shadows of monsters. She fears a bogeyman under her bed except there is no bogeyman under her bed. She's obsessed with a fear of cancer. My birthday is in July—I'm a Cancer. But my mother maintains that she's the Cancer even though she's a Leo. Fear plays a major part in everything she does. She fears the colour green. That fear has its roots in the Newfoundland fairies. Unlike fairies with magic wands, Newfoundland fairies can cause bodily harm. According to legend, they appeared after the great battle between Lucifer and the archangel Michael.

Table of Contents for Street Angel by Magie Dominic

Chapter One Saturday, Day One

Chapter Ten After the Hamlet

Chapter Twenty-two After Everything That Ever Happened

Magie Dominic’s first memoir, The Queen of Peace Room, was shortlisted for the Canadian Women’s Studies Award, ForeWord magazine’s Book of the Year Award, and the Judy Grahn Award. Told over an eight-day period, the book captured a lifetime of turbulent memories, documenting with skill Dominic’s experiences of violence, incest, and rape. But her story wasn’t finished.

Street Angel opens to the voice of an eleven-year-old Dominic. She’s growing up in Newfoundland. Her mother suffers from terrifying nighttime hallucinations. Her father’s business is about to collapse. She layers the world she hears on radio and television onto her family, speaking in paratactic prose with a point-blank delivery. She finds relief only in the glamour of Hollywood films and the majesty of Newfoundland’s wilderness.

Revealing her life through flashbacks, humour, and her signature self-confidence, Dominic takes readers from 1950s Newfoundland to 1960s Pittsburgh, 1970s New York, and the end of the millennium in Toronto. Capturing the long days of childhood, this book questions how important those days are in shaping who we become as we age and time seems to speed up. With quick brush-stroke chapters Dominic chronicles sixty years of a complex, secretive family in this story about violence, adolescence, families, and forgiveness.

"Magie Dominic tells us many things about her young life as a little girl on the seacoast of Newfoundland, where in the 1940s it matters a lot if you are Catholic or non-Catholic. This little girl grows up to become the woman who is able to write this book against all the odds of fear and superstition. "

- Nancy Milford, author of Zelda (1970), a finalist for the Pulitzer Prize and the National Book Award, and Savage Beauty, a biography of Edna St. Vincent Millay (2001)

"Dominic writes as Julius Caesar spoke ('I came, I saw, I conquered. '), as Dickens wrote, and as Toni Morrison writes. The style is immediate and emotive. It also makes for a fasten-your-seat-belt read. "

"I finished Street Angel. Savoured it slowly, which is not always my way. Didn't want it to end. So much loss and pain and then again, such beauty, and isn't that the way of life, the mystery we can never quite understand. I was very very moved by it. "

- Heather King, author of Parched: A Memoir and Redeemed: Stumbling toward God, Marginal Sanity, and the Peace that Passes all Understanding

"Street Angel picks up the thread of narrative from The Queen of Peace Room, spanning politics, celebrity, social history, war, television, film, pop music, and other media. Dominic imbues all of this for us, her readers, in luminous prose, crafting an odyssey across decades. In this exceptionally courageous account, the author seeks to overcome familial abuse, utilizing the virtues of intelligence, wit, and passion, accompanied by a chorus of societal furies, such as world wars, economic upheaval, and social unrest. This is where she reaches a zenith of life writing. "

- Anne Burke, editor of The Prairie Journal of Canadian Literature, chair of the Feminist Caucus of the League of Canadian Poets

Other Books By Magie Dominic 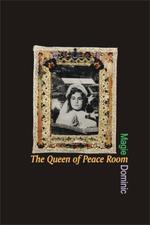 The Queen of Peace Room