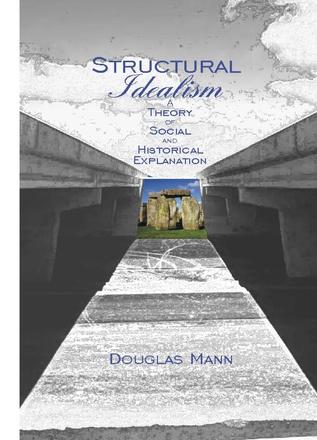 A Theory of Social and Historical Explanation

Within history and social theory there is a fundamental division of opinion between those who explain human action by considering the intentions, reasons and motives of individuals and those who use broader social structures. Structural Idealism presents a theory of social and historical explanation which argues that “idealists” such as Hegel, who champion human agency, and “materialists” such as Marx, who support social structure, have grasped but part of a larger truth. The book contends that we have to explain human actions simultaneously by both the ideas human actors bring to a situation and the way in which previous actions have created social structures that condition those ideas. Through this realization we can see how all forms of knowledge, from the historical roots of modern philosophy to today’s popular culture, both condition and are conditioned by structural ideals.

This book challenges our perception of how cultures and ideals are formed, and shows that while structural ideals allow people to co-operate as they work toward goals — their own or those of their community — these images of perfection, so easily accepted as the unalterable structure of our society, can be changed, and are changed, by individuals.

Structural Idealism asks us to think beneath the surface of our society, and will be of special interest to philosophers, sociologists, historians and cultural theorists.