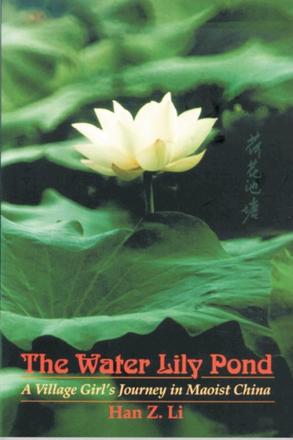 This evocative narrative draws us into the inner life of a young Chinese peasant girl, May-ping, and her first glimmerings of youthful love and idealism under the Maoist regime in China. As she grows into a mature woman, she becomes increasingly aware of the strife around her.

An intelligent girl born into a Poor-Class family in a small village in rural China, she is, because of the Maoist policy towards such families, able to pursue her dream of going to university. To her surprise, urban snobbery and “student thought-spying” at university make it essential for her to hide her real thoughts. Such self-protection becomes especially necessary once her idealistic boyfriend Dan — a secret boyfriend because young people were forbidden to be romantically involved — is sent to a labour camp for his outspoken ways.

In her village, she learns that everything has value except the lives of girls and women. One of her childhood friends, a landowner’s daughter who because of her family’s Landlord Class, is not allowed to go to university drowns herself when forced to face an arranged marriage. Hua-Hua, a shy and gentle neighbour, hangs herself after her husband beats her brutally for not bearing him a son.

May-ping manages to survive the Cultural Revolution as a member of the Communist party who feels outside the system and keeps her inner self intact. Her story reveals how political change during the Maoist regime left its mark on ordinary people.

Employing stories within stories, the narrator carries the reader to a mythological realm to images of the resilient water lilies and the nurturing lily pond.

``The author combines memoir, narrative, story and history, skilfully blurring genres in an innovative story. ...The Water Lily Pond is a searing portrait of Communist China well worth reading, and May-Ping, like the water lily, is an uncorrupted spirit whose story will haunt and inspire readers. ''

``Different from other autobiographies by Chinese women immigrants in the West, Han Li's The Water Lily Pond: A Girl's Journey in Maoist China stands out by its recounting of the everyday lives of ordinary villagers at the bottom of society during the turbulent years between the 1960s and early 1980s. ...Nowhere does the story's interest depend on exciting drama. Yet somehow the reader is held by it from beginning to end. ...Both in its content and style, The Water Lily Pond suggests to the reader the image of a water lily: unadorned, soft-hued, delicate, yet durable.

``The engaging story blends elements of family history, contemporary sociology, the education of a village girl, the vicissitudes of politics, a search for romance, and a career that led to North America. Judicious use of folklore, fables, songs mottoes, proverbs, and fairy tales adds atmosphere to the tale. ''

``With its roots deep in the soil and its long, graceful stalk swimming upwards to the magnificent crown of a floating flower of ambrosial perfume, the lotus has strong metaphoric as well as iconic association for the Chinese: it purifies the very water in which it grows, improving life for all the creatures in the pond, and Buddha is typically depicted sitting upon or surrounded by the petals of a lotus. Han Z. Li's The Water Lily Pond is an important work of retrieval by a heroine with an attentive mind and a humble heart, whose crisis of location -- early involuntary induction into the Communist Party in a time of venal nationalism -- resulted in an internal exile even as she progressed through the ranks during the Cultural Revolution. In this journey of discovery from idealistic young womanhood through disillusionment to hope and the dream of love reborn, the political is deeply personal. ''

``Arresting. ..this story of a country girl coming of age in Red China is compelling and. ..artless in the best sense of the word. ...As the author describes the life, loves, community and family dramas, and struggle for independence of one young woman, she gives a persuasive critique of Mao Ze-dong's China. One cannot help admiring her courage--especially as the details she supplies suggest the story is autobiographical. ''

``The Water Lily Pond is, like traditional Chinese painting, subtle and richly textured, and it introduces a non-Western perspective. It also provides us with a view of history through one particular womans story. Han Z. Lis literary tour-de-force is a gift to us all. ''

``A jewel of a book, captivating, full of history, stories, love, wisdom, and the intriguing lure of possibility. A powerful narrative with vividly drawn characters and events from the everyday lives of ordinary people who are, remarkably, living these lives through one of the most turbulent periods in recent Chinese history: the Cultural Revolution. ''

``For any reader who doesn't know much about recent Chinese history, it's gripping stuff. ''