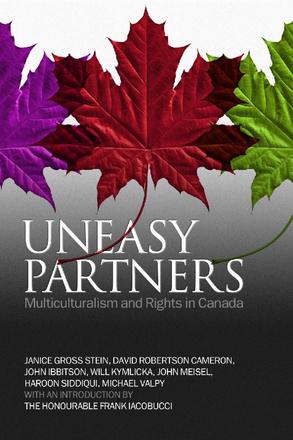 Multiculturalism and Rights in Canada

Disentangling the Debate | Will Kymlicka

David Robertson Cameron, a Fellow of the Royal Society of Canada, is chair and professor of political science at the University of Toronto, where he served as vice-president from 1985 to 1987. He has divided his time between public service (federally and provincially) and academic life. For the government of Canada, he has served as Assistant Secretary to Cabinet for Strategic and Constitutional Planning and was assistant undersecretary of State from 1979 to 1985. For Ontario, he was Deputy Minister of Intergovernmental Affairs from 1987 to 1990. His recent publications include Cycling into Saigon: The 1995 Conservative Transition in Ontario (2000), with Graham White; Disability and Federalism: Comparing Different Approaches to Full Participation (2001), with Fraser Valentine; and Street Protests and Fantasy Parks: Globalization, Culture and Society (2002), with Janice Gross Stein.

The Honourable Frank Iacobucci is counsel with Torys LLP and chair of Torstar Corporation and a director of Tim Hortons Inc. He is also chair of the Higher Education Quality Council of Ontario. He has taught at and was dean of the Faculty of Law of the University of Toronto, and served as the university’s vice-president of internal affairs as well as provost and, from September 2004 to June 2005, was interim president. In 1985 he was appointed deputy minister of Justice and deputy attorney general for Canada; in 1988, chief justice of the Federal Court of Canada; and from 1991 to 2004, a justice of the Supreme Court of Canada. In 2005, he was the federal representative in the negotiations leading to a comprehensive agreement to resolve the legacy of Indian Residential Schools. He is also a member of the Ontario Law Commission and, in December 2006, was appointed commissioner to lead an inquiry into the conduct of Canadian officials regarding certain individuals. A recipient of numerous awards and honours in Canada and abroad, he has authored or edited numerous books, articles, and commentaries on a variety of subjects.

John Ibbitson has written on provincial, national and American politics since joining The Globe and Mail in 1999. He has also written numerous books on politics and public policy, the most recent being The Polite Revolution: Perfecting the Canadian Dream (2005). From 2002 to 2007 he wrote the political affairs column for the Globe, based in Ottawa, before moving to Washington to write commentary on American politics and society. He is also a well-known author of novels for young readers, including 1812: Jeremy’s War (1991) and Water Music, to be published in 2008 by Kidscan Press.

Will Kymlicka holds the Canada Research Chair in Political Philosophy at Queen’s University and is a fellow of the Royal Society of Canada, the Canadian Institute of Advanced Research and the Trudeau Foundation. He is the author of six books published by Oxford University Press: Liberalism, Community and Culture (1989), Contemporary Political Philosophy: An Introduction (1990; second edition 2002), Multicultural Citizenship: A Liberal Theory of Minority Right (1995), Finding Our Way: Rethinking Ethnocultural Relations in Canada (1998), Politics in the Vernacular: Nationalism, Multiculturalism and Citizenship (2001) and Multicultural Odysseys: Navigating the New International Politics of Diversity (2007). His works have been translated into 30 languages.

John Meisel, of Czech origin, is the Sir Edward Peacock Professor of Political Science Emeritus at Queen’s University. He is a Companion of the Order of Canada, a former president of the Royal Society of Canada and a one-time chair of the Canadian Radio and Telecommunication Commission of Canada. Except for visiting professorships at Yale University and in the United Kingdom, he spent his whole academic life at Queen’s,where he pioneered studies of elections and political parties, the role of government in the arts, the politics of regulation and challenges to national cohesion. Teaching, research, writing and nature have been his passions and he finds it hard not to get involved in issues affecting the common weal.

Haroon Siddiqui is a columnist for the Toronto Star. He is a former editorial page editor, national editor, news editor and correspondent. He has covered, among other events, the Soviet invasion and occupation of Afghanistan, the Iranian revolution, the Iran-Iraq war and, lately, the emergence of China and India as global economic powers. He has written extensively on multiculturalism and Canada’s changing demography. Author of Being Muslim (2006), a study on the impact of September 11 on Muslims around the world, he is a recipient of both the Order of Canada and the Order of Ontario.

Janice Gross Stein is the Belzberg Professor of Conflict Management in the Department of Political Science and the director of the Munk Centre for International Studies at the University of Toronto. She is a Fellow of the Royal Society of Canada and a member of the Order of Canada. She is the author of The Cult of Efficiency (2001) and the coauthor of Networks of Knowledge: Innovation in International Learning (2000) and The Unexpected War: Canada in Kandahar (2007). She is co-editor of Street Protests and Fantasy Parks: Globalization, Culture and Society (2001) and a contributor to Canada by Picasso: The Faces of Federalism (2006). She was the Massey lecturer in 2001 and a Trudeau Fellow. She was awarded the Molson Prize by the Canada Council for an outstanding contribution by a social scientist to public debate. She is an Honorary Foreign Member of the American Academy of Arts and Sciences. In 2006, she was awarded an Honorary Doctorate of Laws by the University of Alberta and the University of Cape Breton.

Michael Valpy is a senior writer for The Globe and Mail. He began his journalistic career in Vancouver and became associate editor and national affairs columnist of The Vancouver Sun. For The Globe and Mail, he has been a member of the editorial board, Ottawa national political columnist, Africa correspondent, deputy managing editor and a national columnist on social policy and urban issues. He is co-author of two books on the Constitution—The National Deal (1982) and To Match a Dream (1998)—and co-author with Globe colleague Erin Anderssen of The New Canada: A Profile of the Next Generation (2004). He has produced public affairs documentaries for CBC Radio, written for Maclean’s, Elm Street, Canadian Living, Literary Review of Canada, Time Canada and Policy Options magazines and won three National Newspaper Awards - two for foreign reporting and one for an examination of how the schools cope with children of dysfunctional families. In 1997, Canada’s Trent University awarded him an honorary doctorate for his journalism.

After decades of extraordinary successes as a multicultural society, new debates are bubbling to the surface in Canada. The contributors to this volume examine the conflict between equality rights, as embedded in the Charter, and multiculturalism as policy and practice, and ask which charter value should trump which and under what circumstances? The opening essay deliberately sharpens the conflict among religion, culture, and equality rights and proposes to shift some of the existing boundaries. Other contributors disagree strongly, arguing that this position might seek to limit freedoms in the name of justice, that the problem is badly framed, or that silence is a virtue in rebalancing norms. The contributors not only debate the analytic arguments but infuse their discussion with their personal experiences, which have shaped their perspectives on multiculturalism in Canada. This volume is a highly personal as well as strongly analytic discussion of multiculturalism in Canada today.

``The seven essays that fill this book pack more punch than you might expect. By turns the pieces are provocative, witty or frustrating -- but rarely dull''

``In the midst of the debate on Canadian multiculturalism and whither it's bound comes a timely book from Wilfrid Laurier University Press. ... If you have a genuine interest in the future of Canada this book is essential reading. ... If you believe the Canadian concept of multiculturalism is worth preserving. ..This book offers eight viewpoints that pave the way. ''

``Canada has benefited from favourable circumstances in putting in place a peaceful and prosperous multicultural society. But we have let good fortune take the place of hard thinking, and we have not sufficiently engaged in democratic discussion to do with the kind of multicultural society that we want. It is past time that we take up Janice Gross Stein's invitation to face upt to this difficult but unavoidable societal challenge. '' 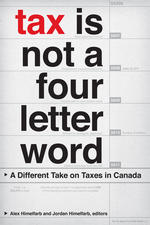 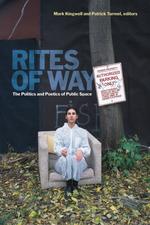