Erika Gottlieb received visual art training in Budapest, Vienna, and Montreal, and her PhD in English literature at McGill. She taught at McGill, Concordia, and Dawson in Montreal and combined a career in visual arts, teaching, and writing. She is the author of three books of literary criticism, including Dystopian Fiction East and West: Universe of Terror and Trial (2003) and dozens of literary essays. Erika Gottlieb lived with her family in Toronto until her death in 2007. 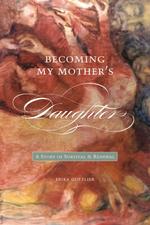