Cristina Peri Rossi was born in Montevideo, Uruguay, in 1941 and started her literary career in 1963 with the publication of her collection of short stories: Viviendo. She was a professor of comparative literature, a translator, and a journalist. In 1972, after the military coup in Uruguay, she emigrated to Spain where she lives and writes today. Her first narrative publications (El libro de mis primos, 1969; Indicios pánicos, 1970) combined symbolism with irony, questioning social reality and patriarchal structures. From 1972 through to the early 1980s, her work was banned in Uruguay. Cristina Peri Rossi’s spirit of innovation, her rebelliousness, and her disregard for the conventions of society have made her an emblematic personality of the 1970s. This collection of short stories was originally published as Indicios pánicos in 1970 by Editorial Nuestra América. 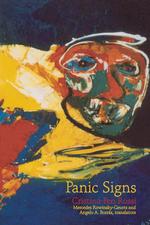