The last decade has been perhaps the most challenging, the most dynamic, and the most fecund in Wilfrid Laurier University Press’s 47-year history. Between 2011 and 2021, we published 285 titles, and most of them, in one way or other, really embody the mission of the press. (A notable exception is the bestselling The H Factor of Personality: Why Some People are Manipulative, Self-Entitled, Materialistic, and Exploitive—And Why It Matters for Everyone,a fascinating book on psychology and personality that doesn’t fit neatly anywhere.) In choosing titles that run the gamut of the press’s many subjects and themes, we’ve found that a good number of these titles cover many disciplines themselves. Another ten titles could have made equal claim to representing our full list, but, alas, here are ten: 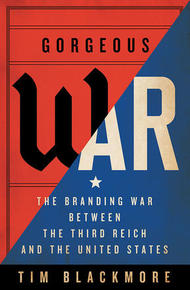 Gorgeous War: The Branding War Between the Third Reich and the United States

Today—Remembrance Day—we honour our veterans, those who continue to serve in uniform, and those who have made the ultimate sacrifice. Military history and studies have had a longstanding presence at WLU Press, where our authors’ many books display an astonishing range, from the carefully researched detail of our Canadian Unit, Formation, and Command Histories series, to histories of the home front, to diaries written by soldiers and officers, like The Diaries of General David Watson, and survivors of war, like Accident of Fate. One recent standout, Gorgeous War, has another fascinating take, examining how the American and German militaries in the Second World War borrowed from—and influenced—contemporary ideas on branding and propaganda.

Kateri Akiwenzie-Damm; selected with an introduction by Dallas Hunt

The Laurier Poetry Series began as a way to feature the most significant work of established Canadian poets, and make selections of their poetry available in inexpensive editions for students and general readers. The series started in 2005 and is now nearly forty strong; in 2021 alone, we published four new volumes. The work of Kateri Akiwenzie-Damm exemplifies a number of the convergences of our growing list. Kateri is an important publisher in her own right—the founder and publisher of Kegedonce Press, which specializes in Indigenous literature—and her book stands at the nexus of poetry and spoken word, speaking to a wide range of Indigenous experience: intimacy, joy, fear, violence, desire, regret, in Canada and around the world.

The title says so much about Indigenous literatures, and about the mission of the press. The eminent scholar Daniel Heath Justice has written a thoughtful, reflective  work that combines personal narrative with close readings of key texts. One chapter asks, “How Do We Learn to Live Together?” and takes the reader on a tour of the apocalyptic experiences of Indigenous peoples, and then circles back to answer that question. 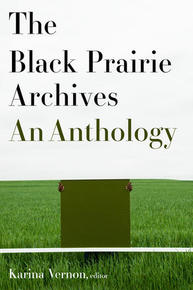 The Black Prairie Archives: An Anthology

A truly transformational collection, one that forces us to re-examine what we thought we knew about prairie literature. Ranging from nineteenth-century letters to twenty-first century plays, encompassing novels, rap, poetry, and oral literature, this book identifies a tradition of “Black Prairie” literature that stands in marked contrast to conventional notions of canonical literature from the region in Canada. My favourite piece is the deliriously joyful recollections of the great actor Woody Strode; before he appeared in movies like The Man Who Shot Liberty Valance, he reflects on his time as an athlete and how he was carried off the field as the hero of a Canadian football championship game.

Making Feminist Media: Third-Wave Magazines on the Cusp of the Digital Age

Can one be too playful with form? Because this book is a study of feminist publications—BUST, Bitch, and ROCKRGRL among them—we put the barcode on the front cover as a tribute to the magazine form. That earned us much confusion and a slew of error messages from one of our printers. The book itself is a savvy look at how these magazines shaped the way readers understood themselves, even, as Groeneveld writes, “providing a lifeline for readers who need a feminist friend.”

Beauty in a Box: Detangling the Roots of Canada’s Black Beauty Culture

In this groundbreaking book,  Cheryl Thompson puts under the microscope widespread (mis)conceptions about Black women’s hair. Thompson deftly discusses the politics and history of Black beauty culture in Canada and its journey from the literal margins of store shelves to the mainstream. In addition to shedding new light on an understudied subject of an aspect of a community underrepresented in scholarship, this book also captures some of the Canadian zeitgeist: it discusses the life and work of Viola Desmond, the pioneering Black businesswoman, beautician, and civil rights activist who was featured on the new Canadian $10 bill just before the book was published. 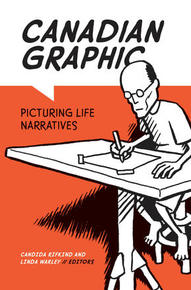 WLU Press’s examination of new forms of literature continues with Canadian Graphic, a collection of essays on the nascent genre of the graphic life narrative. Famous Canadian artists like Seth and Chester Brown are discussed, but there are also essays on lesser-known graphic artists whose stories encompass the two world wars, the Quiet Revolution in Quebec, and Indigenous–settler relations. As so many WLUP titles demonstrate, there are many stories to tell, and many ways to tell them.

This could be the most prophetic book we published in the last decade. Like water itself, this book moves through many terrains, from environmental science and biology to Indigenous studies and art, taking the shape of its container, and carving an indelible path in the reader’s mind. This book marked out new territory in the press’s Environmental Humanities series and also found new things to say about our current environmental crisis. Co-editor Rita Wong is also the author of Current, Climate, one of our most recent poetry collections, which also takes the human-led destruction of our environment as one of its themes.

What the Oceans Remember: Searching for Belonging and Home

Another life story unafraid of complexity, What the Oceans Remember has further reshaped the press’s concept of “life writing” with its mix of archival research, personal reflection, and studies in migration, ethnicity, and gender. Sonja’s journey through history via a family genealogy project becomes a gripping historical narrative, and an affecting meditation on the meaning of home. “[T]here’s always something melancholic about returning from a trip,” she writes; that’s just one of many emotions you experience after voyaging through this book. 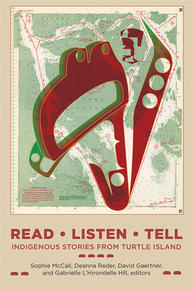 This collection of Indigenous stories from across North America continues the press’s tradition of interdisciplinary, intercultural works that deftly mix historical and contemporary. Along with selections by E. Pauline Johnson and Leslie Marmon Silko, there are stories by emerging Indigenous writers, and underappreciated writers outside of the canon, including French- and Spanish-language authors, Chicana/o authors, and comic artists. Although the editors put the stories in the foreground, they also provide rigorous, insightful introductions that illuminate the cultures and contexts in which the stories were written.

Be sure to check out these posts from other university presses on the University Press Blog Tour https://upweek.up.hcommons.org/celebrate/up-week-2021/blog-tour/