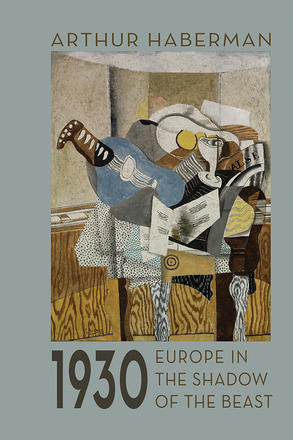 Europe in the Shadow of the Beast

The year 1930 can be seen as the dawn of a period of darkness, the beginning of a decade that Auden would style “low, dishonest. ” That year was one of the most reflective moments in modernity. After the optimism of the nineteenth century, the West had stumbled into war in 1914. It managed to survive a conflagration, but it failed in the aftermath to create something valued.

In 1930, Europe was questioning itself and its own viability. Where are we heading? a number of public intellectuals asked. Who are we and how do we build moral social and political structures? Can we continue to believe in the insights and healing quality of our culture? Major thinkers—Mann, Woolf, Ortega, Freud, Brecht, Nardal, and Huxley— as well as a number of artists, including Picasso and Magritte, and musicians, such as Weill, sought to grapple with issues that remain central to our lives today:

the viability of a secular Europe with Enlightenment values

coming to terms with a darker view of human nature

mass culture and its dangers; the rise of the politics of irrationality

identity and the “other” in Western civilization

the epistemological dilemma in a world of uncertainty; and

the new Fascism—was it a new norm or an aberration?

Arthur Haberman sees 1930 as a watershed year in the intellectual life of Europe and with this book, the first to see the contributions of the public intellectuals of 1930 as a single entity, he forces a reconsideration and reinterpretation of the period.

1930 is that rare study that is expert, readable, insightful, and fascinating. In a series of short chapters on Mann, Woolf, Ortega, Freud, Brecht, Nardal, and Huxley, Haberman captures for us the zeitgeist of the interwar years. His understanding of literary and cultural modernism during this period is a gift to cultural historians and general readers alike. Modernism isn’t finished with us, and this book goes a long way to explaining why.

Other Books By Arthur Haberman