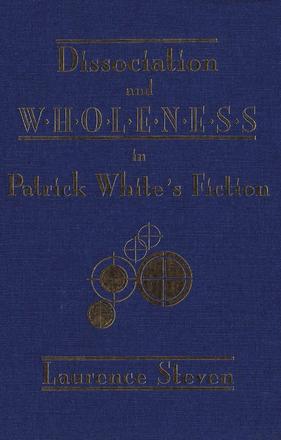 Most studies of Patrick White's fiction are devoted to elucidating archetypal patterns, symbolic configurations, and thematic preoccupations, and generally to praising the way White's fictional elements combine to form a religio-mystical worldview.

Few have questioned this critical approach to White; fewer still have questioned White's vision itself. Yet, according to the author, questioning is in order—for Patrick White is a man divided. One part of him strives for permanence, for the ideal, in a world he knows is contingent and temporal, a world that will undermine his striving. This leads him as a novelist to devalue human life and to impose arbitrary, symbolic resolutions on his novels. This has been the focus of most critics. But there is another side, a part of White that strains away from the dualism of idealism versus despair and towards a vital wholeness that can be found, not in a world beyond the one we live in, but in human relationships. It is this side of Patrick White, argues Laurence Steven, that is the source of his genuine power as a novelist.

An important challenge for the critic is "to develop an ability to see, within the restrictive compass [White's] symbolic designs impose on the novels, 'the new shoots,' as [D. H. ] Lawrence would have it, which indicate new life, new creativity, and which point towards a wholeness which human beings can embrace as their own" (Introduction).