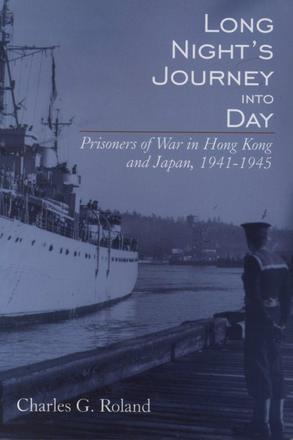 In Sham Shui Po, every blade of grass in the camp disappeared. Pet dogs and regimental mascots that had followed the men into camp were eaten. The POWs snared wild birds for food and snakes were considered a delicacy. The Chinese inhabitants of Hong Kong were hungry too. Each evening the wire around Sham Shui Po was electrified, and there would be a dead dog or cat in the wire every second or third morning. The current would be shut off, and hungry Chinese waited for the animal to be taken off the wire and thrown out, when they would pounce on it. One man came across the body of a large black cat lying on the rails in Niigata, cut in two by a train. “We immediately exclaimed ÔHere’s something for the soup. ’ If you didn’t know what it was you might have thought it was rabbit. “ A week later, the Japanese foreman dragged into camp the body of a police dog; a POW skinned it and cut it up, at which the foreman took both hind quarters and walked off with them; inevitably, the Japanese guards ended up with all the best meat. Late in the war, the men in this camp were given a collection of old horse heads and other bones to make soup. They found that it made very good soup. “We make soup with them twice then send them on to another camp. We also got 50 or 60 large snakes for soup. I detest the darn things. One time we got wheat, barley, rye and some millet and now only rice. “

In the Philippines, Dr. Calvin Jackson recorded a series of poignant entries in his diary as he hand-fed his pet chicken, Cordelia, on one occasion splinting her broken leg. When ultimately he was forced to eat her, eight months later, he preserved the bone with the healed fracture. It is uncertain whether this represented affection for the chicken, pride in his veterinarian skill, or both.

Ft/Lt. R. D. Millar, who spent his captivity in Java and Sumatra, noted that in at least one camp, a form of food supplementation was carried out that many, less starved, might consider disgusting. Some men caught maggots in the latrines, washed them, fattened them on rice, and ate them to get the extra protein. “Believe it or not, IT IS A FACT” (emphasis in original).

Internees developed the same capacity as the POWs to eat nearly anything; those who failed to do so often failed to survive. Fastidiousness about food disappeared. “Prisoners pushed flowers, grass, weeds, dogs, cats, rats, snakes, grasshoppers, and snails down their gullets, where desperation plus the force of gravity carried it to their stomachs, the stomachs hurried it on to intestines, which hurried it on to the next place. The following day, we, as gardeners, passed it back to the potato beds. Somewhere along the yards of irritated mucous membrane we received the impression that we had had a meal. “

The impact of long-continued hunger was profound. George Orwell saw its ravages amongst starving tramps between the wars: “Hunger reduces one to an utterly spineless, brainless condition, more like the after-effects of influenza than anything else. It is as though one had been turned into a jellyfish, or as though all one’s blood had been pumped out and lukewarm water substituted. “

A Canadian medical orderly, thinking about the departure on a draft of many of his comrades, summed up the general position in the camp and in himself:

Another draft left today, which leaves only a thousand in camp. . . . Food here is getting worse. 3/4 oz bully per man. Hot feet are getting bad again, mine kept me awake until 2 a. m. yesterday. . . . Can only read with one eye; this is very common due to vitamin deficiency. The men’s spirits are remarkably good.

Particularly in the two decades before World War Two, diseases caused by poor nutrition had been studied in various parts of the world. Many of the studies were in the Far East where, among the poorest inhabitants of China, India, and other countries, diseases such as beriberi and pellagra were endemic. What many of the investigators concluded was that whereas each individual disease could be shown to have a specific cause — for example, insufficient thiamine in the diet causes beriberi — the overall cause of these diseases was poverty.

In a very real sense, this generalization applies to the prisoner-of-war cosmos as well. Within this world the prisoners were in general desperately poor. But there were exceptions. The well-to-do, relatively speaking, included the officers, cookhouse personnel, non-smokers, men with special skills needed in camp, and men who had local contacts to supply supplements of food and materiel.

The economy of the camps was artificial. The fundamental necessity, food, was rigidly controlled by the Japanese. But in terms of effect, this circumstance might be likened to a major drought striking an area with consequent hunger and onset of nutritional disorders among the poorest, first, while those better off lived on stored surpluses or were able to purchase food. In the POW camps of the Far East, the drought was general and lasted three and a half years.

The POW medical officers clearly anticipated problems with vitamin deficiencies. Long before these attained their full epidemic proportions, yeast-containing substances were being concocted at Sham Shui Po and given to the prisoners regularly. According to A. J. Alsey, this seems to have been a weekly event: 21 April 42: “Medical Officer’s Inspection. Yeast Parade at 12. “ Then, 28 April 42: “M. O. Insp. at 11: 15 followed by yeast Parade. The yeast is certainly stronger now. Our rice thieves get a public smacking from the Japs. “ Yeast contains thiamine and other B-complex vitamins in varying amounts.

Table of Contents for
Long Night's Journey into Day: Prisoners of War in Hong Kong and Japan, 1941–1945 by Charles G. Roland

3. The Prisoner-of-War Camps and Hospitals

5. Trying to Cope with Too Little Food

6. In Sickness, Rarely in Health: Life and Death in the Camps and Hospitals

10. The Journey Ends—But It Never Does

Sickness, starvation, brutality, and forced labour plagued the existence of tens of thousands of Allied POWs in World War II. More than a quarter of these POWs died in captivity.

Long Night’s Journey into Day centres on the lives of Canadian, British, Indian, and Hong Kong POWs captured at Hong Kong in December 1941 and incarcerated in camps in Hong Kong and the Japanese Home Islands. Experiences of American POWs in the Philippines, and British and Australians POWs in Singapore, are interwoven throughout the book.

Starvation and diseases such as diphtheria, beriberi, dysentery, and tuberculosis afflicted all these unfortunate men, affecting their lives not only in the camps during the war but after they returned home. Yet despite the dispiriting circumstances of their captivity, these men found ways to improve their existence, keeping up their morale with such events as musical concerts and entertainments created entirely within the various camps.

Based largely on hundreds of interviews with former POWs, as well as material culled from archives around the world, Professor Roland details the extremes the prisoners endured — from having to eat fattened maggots in order to live to choosing starvation by trading away their skimpy rations for cigarettes.

No previous book has shown the essential relationship between almost universal ill health and POW life and death, or provides such a complete and unbiased account of POW life in the Far East in the 1940s.

``Few historians had admitted what Roland proves so conclusively: that the story of Allied servicemen captured in Hong Kong is explicitly a medical story, and that their captivity experiences can best be understood by exploring them from a medical perspective. ...The result is a compelling account which sensitively yet graphically documents the agonies endured by Allied prisoners in Japanese captivity. ...Roland. ..has culled archives in Australia, Canada, Hong Kong, Britain, the United States, and Singapore, supplementing that material with interviews with former prisoners and published and unpublished memoirs. ...Such extensive source material, and such a nuanced and convincing argument, guarantees that Long Night's Journey into Day will be the authoritative source on the subject for many years to come. ''

"Roland draws upon hundreds of interviews with former POWs, as well as archival material from around the world to detail and document the extreme conditions that the prisoners were compelled by their captors to endure. Long Night's Journey into Day is an essential, core title for any serious World War II studies reference collection. "

``This is a meticulously researched book using interviews, archives, libraries and other writings. The mammoth task of collecting this scattered material and sifting it was conducted over twenty years. ...Roland's simple story of the common man, coping with adversity, shows that humanity at its best will always overcome its common frailties. ''

``A welcome and excellent addition to the small literay resource available. ...Considering the extraordinarily difficult circumstances in which these [prisoners] lived, these records are a tribute to their fortitude and determination. ''

``This is a story of disease and starvation, and its direct impact on POW survival rates. It is a gruesome story, punctuated with moments of comedy and pathos. Above all, it is a story of unstinting dedication by the medial officers and the hospital orderlies who performed heroic tasks in such demanding environments. The array of primary sources fomr Australia, Canada, Great Britain, Hong Kong, and the United States is indeed impressive. Of particular note, is the vast amount of hitherto unknown or unused clinical analyses produced in the immediate postwar period, which provide invaluable insights into the medical side of POW lfe. Another useful source that Roland should be congratulated on are the scores of interviews he has conducted with ex-POWs and civilian internees over the past twenty-five years. For these accounts provide a raw edge to a growing litany of horrifying POW experiences. ''

Other Books By Charles G. Roland 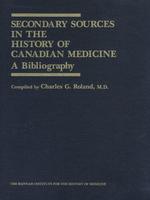 Secondary Sources in the History of Canadian Medicine