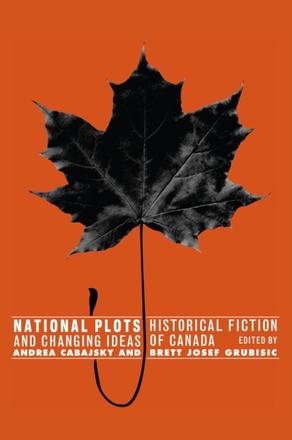 Part One
A Usable Past? New Questions, New Directions

“A Trading Shop So Crooked a Man Could Jump through the Cracks”: Counting the Cost of Fred Stenson’s Trade in the Hudson’s Bay Company Archive | Kathleen Venema

Past Lives: Aimeé Laberge’s Where the River Narrows and the Transgenerational Gene Pool | Cynthia Sugars

“And They May Get It Wrong, After All”: Reading Alice Munro’s “Meneseteung” | Tracy Ware

“To Free Itself, and Find Itself”: Writing a History for the Prairie West | Claire Campbell

Too Little Geography, Too Much History: Writing the Balance in “Meneseteung”

Albert Braz is an associate professor of comparative literature and English at the University of Alberta, where he is also the acting director of the Comparative Literature Program. He specializes in Canadian literature in both its national and inter-American contexts, and is particularly interested in literary representations of the encounters between Natives and Newcomers in Canada and the rest of the Americas. He is the author of The False Traitor: Louis Riel in Canadian Culture (University of Toronto Press, 2003). With Marie Carriére, he is co-editor of “Comparative Canadian Literature in the Twenty-First Century/ La littérature canadienne au XXIéme siécle,” a special issue of the Canadian Review of Comparative Literature 36, no. 2 (2009).

Andrea Cabajsky is assistant professor of comparative Canadian literature at the Université de Moncton, where she teaches and does research in English and French-Canadian literature, and in gender and post-colonial studies. She publishes in the areas of Canadian historical fiction, theories of the novel, and comparative Canadian and British literatures. Her publications have appeared, or are appearing, in The Blackwell Encyclopedia of the Novel (Blackwell, 2010), Reading the Nation in English Literature (Routledge, 2009), Unsettled Remains: Canadian Literature and the Postcolonial Gothic (Wilfrid Laurier University Press, 2009), and the Canadian Journal of Irish Studies (31, no. 1), among others.

Claire Campbell is an associate professor in history and Canadian studies at Dalhousie University. Her fascination with the Prairie West (and the research for this chapter) began during a post-doctoral fellowship at the University of Alberta. Now her nostalgia for Prairie skies belongs to her wider interest in how history, nature, and the arts shape Canadas diverse regional landscapes.

Paul Chafe teaches, among other courses, “Writing as a Cultural Act” and “Cultures in Crisis” at Ryerson University. He received his Ph. D. from Memorial University and is currently at work revising for publication his thesis on Newfoundland literature. His most recent publications include “Beautiful Losers: The Flâneur in St. John’s Literature” in Newfoundland and Labrador Studies and “The Rock Unnerved: Reflections on a Self-Reflective Society and Literature” in the Canadian Journal of Irish Studies.

Dennis Duffy, emeritus professor of English at the University of Toronto, and author of Sounding the Iceberg: An Essay on Canadian Historical Novels (ECW Press, 1986), is currently investigating memoirs and psychiatric practices during the Great War.

Shelley Hulan is an associate professor in the Department of English Language and Literature at the University of Waterloo. Her essays and reviews have appeared or are forthcoming in Canadian Poetry: Studies, Documents, Reviews, Essays on Canadian Writing, The Journal of Canadian Studies, Mosaic: A Journal for the Interdisciplinary Study of Literature, and Canadian Literature. A book chapter on Susie Frances Harrison’s Crowded out! And Other Sketches will be published shortly in a critical edition of that text.

Owen Percy recently earned his Ph. D. from the Department of English at the University of Calgary, where he currently teaches as a sessional instructor. He works mainly in the areas of post-colonial historiography, Canadian literary culture, and contemporary poetry in English, and has published articles and reviews in Canadian Literature, Studies in Canadian Literature, The Dalhousie Review, and ARIEL.

Robert David Stacey is an assistant professor in the Department of English at the University of Ottawa. A graduate of York University, his Ph. D. thesis dealt with Canadian historical fiction and its relationship to the modes of georgic and pastoral. He has published numerous essays on Canadian fiction and poetry and is editor of RE: Reading the Postmodern–Canadian Literature and Criticism after Modernism, forthcoming from the University of Ottawa Press.

Aritha van Herk is the author of five novels, including No Fixed Address and Restlessness. Her cross-genre work has resulted in a geografictione entitled Places Far from Ellesmere (Red Deer College Press, 1990), and two ficto-critical collections, A Frozen Tongue (Dangaroo Press, 1992) and In Visible Ink (NeWest Press, 1991). Her most recent books, Mavericks: An Incorrigible History of Alberta (Viking, 2001) and Audacious and Adamant (Key Porter Books, 2007), engage with regional and provincial history. She teaches creative writing and Canadian literature in the Department of English at the University of Calgary.

Kathleen Venema is an associate professor in the Department of English at the University of Winnipeg. She has written articles on Canadian literature, Canadian exploration literature, and Hudson’s Bay Company correspondence in various publications, including Re/Calling Early Canada (University of Alberta, 2005) and her co-edited volume, Women Writing Home 1700–1920: Canada (Pickering & Chatto, 2006). Her article, “Civilized Heroes in the Canadian Wilderness: How Gothic Narrative Saves Alexander Henry’s Textual Skin,” appeared in (A)Symmetries in the Americas (Editora Caetes, 2007) and she has an article forthcoming in Basements and Attics: Explorations in the Materiality and Ethics of Canadian Women’s Archives (Wilfrid Laurier University Press).

Herb Wyile is a full professor in English at Acadia University. He is the author of Speculative Fictions: Contemporary Canadian Novelists and the Writing of History (McGill-Queen’s University Press, 2002) and Speaking in the Past Tense: Canadian Novelists on Writing Historical Fiction (Wilfrid Laurier University Press, 2007), and co-editor of Past Matters: History in Canadian Fiction, a special issue of Studies in Canadian Literature (2002). He has also published articles on historical fiction by Jane Urquhart, Guy Vanderhaeghe, Michael Crummey, Margaret Sweatman, George Elliott Clarke, and Wayne Johnston.

Fiction that reconsiders, challenges, reshapes, and/or upholds national narratives of history has long been an integral aspect of Canadian literature. Works by writers of historical fiction (from early practitioners such as John Richardson to contemporary figures such as Alice Munro and George Elliott Clarke) propose new views and understandings of Canadian history and individual relationships to it. Critical evaluation of these works sheds light on the complexity of these depictions.

The contributors in National Plots: Historical Fiction and Changing Ideas of Canada critically examine texts with subject matter ranging from George Vancouver’s west coast explorations to the eradication of the Beothuk in Newfoundland. Reflecting diverse methodologies and theoretical approaches, the essays seek to explicate depictions of “the historical” in individual texts and to explore larger questions relating to historical fiction as a genre with complex and divergent political motivations and goals. Although the topics of the essays vary widely, as a whole the collection raises (and answers) questions about the significance of the roles historical fiction has played within Canadian culture for nearly two centuries.

``National Plots is a vital contribution to the ongoing critical discussion about historical fiction in Canadian literature and broadens the dialogue by including both critics well established in the field and emergent voices. ''

``Andrea Cabajsky and Brett Josef Grubisic's collection, National Plots: Historical Fiction and Changing Ideas of Canada, is a vital and welcome contribution to the ongoing critical consideration of historical fiction in Canada. The book. ..demonstrates how contemporary historical novels may ultimately reinforce the limitations of the received history that they ostensibly aim to interrogate, especially when their critiques appeal to ideas of geo-political ‘authenticity’ or conform to the most problematic conventions of a given genre. ''

``Theoretically informed with great interpretative sensitivity, [the contributors to this volume] illustrate how Canadian historical fiction often reveals a tension between skepticism or even relativism on the one hand, and a yearning for continuity and an identification with place on the other. ... The forms of Canadian historical fiction, and the ideological questions pursued by the genre are succinctly discussed in an introduction by the editors. ... Due attention is paid to the meta-narrative element that is a hallmark of recent historical fiction in Canada (indeed, it seems appropriate that the term ‘historiographic metafiction’ was coined by a Canadian critic, Linda Hutcheon), and theoretical contexts of the genre are delineated with much critical acumen. ... All of [the essays] are methodologically stringent and united by their endeavour to read texts against the grain of earlier interpretations, especially with regard to views on history and on how history and the past have proved functional within the national framework. ... This is a carefully edited collection which succeeds in capturing the diversity of English-Canadian historical fiction as well as providing valuable categories for structuring this wide field, besides fresh and insightful close readings. National Plots will thus be indispensable reading for anyone interested in the ongoing and significant contributions of historical fiction to a Canadian sense of identity. ''

``Cabajsky. ..and. ..Grubisic provide an excellent introduction, a lengthy list of references, and a very full index. ..overall this is a fine addition to the literature. Summing up Highly recommended. '' 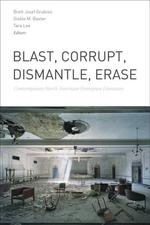 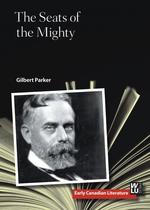 The Seats of the Mighty