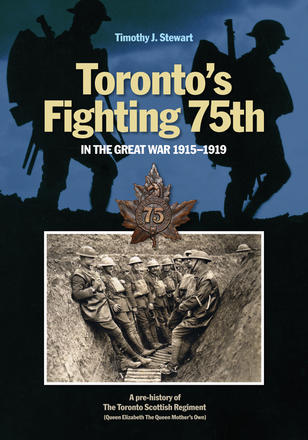 Foreword by His Royal Highness Charles, Prince of Wales

Hospital ships filled the harbour of Le Havre as the 75th Mississauga Battalion arrived on 13 August 1916. Those soldiers who survived would spend almost three years in a tiny corner of northeastern France and northwestern Belgium (Flanders), where many of their comrades still lie. And they would serve in many of the most horrific battles of that long, bloody conflict—Saint Eloi, the Somme, Arras, Vimy, Hill 70, Lens, Passchendaele, Amiens, Drocourt-Quéant, Canal du Nord, Cambrai, and Valenciennes.
This book tells the story of the 75th Battalion (later the Toronto Scottish Regiment) and the five thousand men who formed it—most from Toronto—from all walks of life. They included professionals, university graduates, white- and blue-collar workers, labourers, and the unemployed, some illiterate. They left a comfortable existence in the prosperous, strongly pro-British provincial capital for life in the trenches of France and Flanders. Tommy Church, mayor of Toronto from 1915 to 1921, sought to include his city’s name in the unit’s name because of the many city officials and local residents who served in it. Three years later Church accepted the 75th’s now heavily emblazoned colours for safekeeping at City Hall from Lieutenant-Colonel Colin Harbottle, who returned with his bloodied but successful survivors. The author pulls no punches in recounting their labours, triumphs, and travails.
Timothy J. Stewart undertook exhaustive research for this first-ever history of the 75th, drawing from archival sources (focusing on critical decisions by Brigadier Victor Oldum, General Officer Commanding 11th Brigade), diaries, letters, newspaper accounts, and interviews.

“Tim Stewart’s account of the 75th (Mississauga) Battalion CEF during and after the Great War sheds new light on the most formative and perhaps even the most important years in the history of The Toronto Scottish Regiment, Queen Elizabeth The Queen Mother’s Own. Indeed it was in those early years in France and Flanders that the spirit, ethos and reputation of our proud regiment were forged and it is the example set by Lieutenant Colonel Beckett and the officers and men of the 75th Battalion that we continue to follow to this day. Stewart’s account is gripping, candid, and ultimately befitting of the story of this proud regiment. I have no doubt that this book will become mandatory reading for all soldiers of the Toronto Scottish and those seeking to fully understand the contributions made by those men of Toronto and its surrounding areas who served in the ‘war to end all wars. ’ “ – Graham Walsh, Director, Lieutenant Colonel , Commanding Officer, The Toronto Scottish Regiment, (Queen Elizabeth The Queen Mother's Own)

“This book explores the role of the 75th Battalion during the Great War. It is particularly useful in correcting some misunderstandings about the 75th in battle, especially at Vimy and Passchendaele. It also analyses Toronto’s militia before the war, providing new insight into the intersection of citizen-soldiers in society. Stewart takes the story forward beyond demobilization in 1919 and reconstructs the enduring bonds of comradeship and how veterans reflected upon their war experience over time. ”

Even before one picks up this history it’s clear that this is a beautiful book and a labour of love. A true bibliophile will hold this
book with reverential hands and promise to care for it accordingly. The quality of its manufacture, at least, demands no less. ... Toronto’s Fighting 75th is a fine examination of one battalion of the CEF and the people behind it. Members of the Toronto Scottish will find the book a treasure, and they won’t be the only ones. The only flaw of the book is one that very few modern
writers could rectify: that after 100 years, we still don’t really understand what drove these very ordinary Canadians forward
and made them such formidable fighting men.

- John Thompson, The Fife and Drum

“The Fighting 75th is a rich tribute, beautifully illustrated, with vignettes culled from thousands of hours of research. … Stewart documents their stories with genuine warmth and a police reporter’s eye for detail. ”

“To understand how and why a battle or campaign developed the way it did, it is essential to study the ground, and Tim Stewart has certainly done that. I accompanied him on two tours of the Western Front (and as the grandson of a soldier of the 243rd Overseas Battalion of the CEF I felt privileged to do so) where in meticulous detail he walked the ground of the 75th Battalion’s actions from its blooding on the Somme in 1916 to the victorious advance of the Battle of Amiens in 1918. With a population of less than eight million in 1914 Canada mobilised 620,000 men, and 60,000 of them were killed in that titanic struggle. Tim has produced a fitting tribute to those men of the 75th, volunteers all, who answered the call in the darkest days of the Empire. ” – Gordon Corrigan MBE, author Mud, Blood and Poppycock: Britain and the First World War 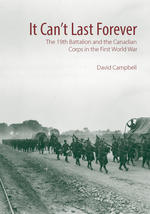 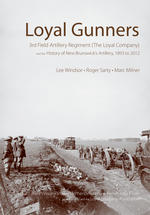