Marusya Bociurkiw received her Ph.D. in Interdisciplinary Studies from the University of British Columbia. She has published articles, essays, and reviews in academic, arts, and activist journals and books in Canada and the United States for the past twenty years. She is the author of four literary books, and her films and videos have screened at film festivals, art house cinemas, and universities around the world. She is currently an assistant professor of media theory and head of the Media Studies stream in the School of Radio and Television Arts at Ryerson University in Toronto. 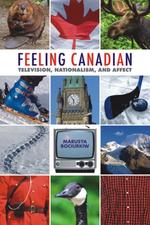