Juan Butler (1942–1981) was a Canadian writer who was born in London, England. His three novels are Cabbagetown Diary: A Documentary (1970), The Garbageman (1972), and Canadian Healing Oil (1974). Butler suffered acute disappointment when the latter—the one he considered his best—proved an abysmal seller. In his later years he struggled with his mental health. He died by his own hand, in Toronto, at the age of 38. 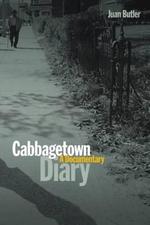