Stelio Cro has degrees in Philosophy and Foreign Languages and is a professor in the Department of Modern Languages at McMaster University in Hamilton, Ontario. His interests include the utopian genre and the myths of the discovery and conquest of America and their influence on Western thought. His previous books include the landmark edition of the Spanish utopia Sinapia; an analysis of the life and work of the Italian writer Tommaso Campanella and his Città del Sole; and Realidad y utopia en el descubrimiento y conquista de la América Hispana, 1492—1682. 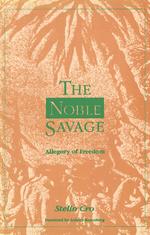