Lorna Crozier’s work has won many awards, including the Governor Generals Award in 1992 (for Inventing the Hawk), the first prize for poetry in the CBC Literary Competition, the Canadian Authors Association Award for Poetry in 1992, a National Magazine Award in 1995, and two Pat Lowther Memorial Awards (1993 and 1996) for the best book of poetry by a Canadian woman. She has published fourteen books of poetry, most recently, Whetstone. Born in Swift Current, Saskatchewan, she now lives in British Columbia, where she is a Distinguished Professor at the University of Victoria. 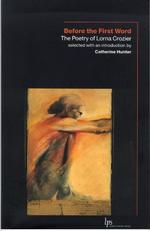 Before the First Word