Don Domanski was born and raised on Cape Breton Island and now lives in Halifax. He has published eight books of poetry, two of which were short-listed for the Governor General’s Award, and in 1999 he won the Canadian Literary Award for Poetry. Published and reviewed internationally, his work has been translated into Czech, Portuguese, and Spanish. 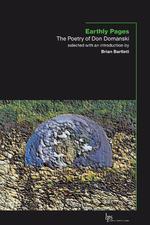