Louis Dudek was one of Canada’s most important and influential cultural workers. After gaining his PhD from Columbia University, Dudek in 1951 returned from New York to Montreal, the city of his birth, to take up a position as professor of English at McGill. Dudek’s return to Canada marked the beginning of his efforts to revolutionize the Montreal poetry scene through little magazines and small-press publishing, providing alternatives to commercial presses and opportunities for talented young poets. In 1956 he started The McGill Poetry Series, which gave a start to several young poets, including Leonard Cohen. The author of numerous books of poetry, Louis Dudek died in 2001. 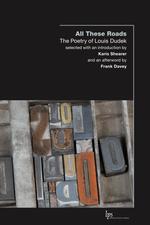