Dacia Maraini was born in Florence in 1936. Her father’s profession as an anthropologist and his antifascist stance led the family to emigrate to Japan where, during the war, they were confined for two years in concentration camps. In 1945 the family returned to Sicily and, when her parents separated in 1954, Dacia moved to Rome with her father.

Maraini’s first two novels, La vacanza (The Holiday) and L’età del malessere (The Age of Indifference), published when she was twenty-six and twenty-seven, were instant international successes: the latter received the editors’ international Formentor prize and was instantly translated into twelve languages. In 1990 Maraini sealed her international success with the publication of the novel La lunga vita di Marianna Ucrìa (The Silent Duchess, Feminist Press, 1992) which stayed on Italy’s bestseller list for almost two years and won the prestigious Premio Campiello (Italy’s equivalent of the us National Book Award). It was published to critical acclaim in fourteen languages.

Several of her books have been made into films, and Maraini has also written screenplays for directors like Pier Paolo Pasolini, Carlo di Palma, and Margarethe Von Trotta. She is a prolific writer with more than fifty publications of novels, poetry, and plays. She lives in Rome, actively promoting theatre groups, playing a very active role in the literary scene, and speaking on tv and in national newspapers and magazines on the evolving economic and social conditions of Italian and European women. 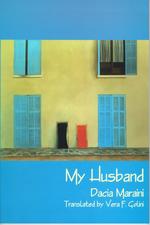