Daphne Marlatt, poet, novelist, essayist, oral historian, and Noh dramatist, has been writing and publishing for four decades. Her many titles include Vancouver Poems, Steveston, and most recently, Liquidities: Vancouver Poems Then and Now, as well as the novels Zócalo, Ana Historic, and Taken. Her novelistic long poem The Given received the 2009 Dorothy Livesay Award. She was awarded the George Woodcock Lifetime Achievement Award for her work in 2012. 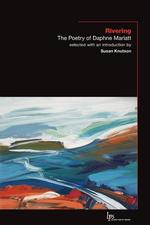