Bruce Matthews teaches comparative religion at Acadia University. Sometime Commonwealth Fellow in Buddhist Civilization and Philosophy at the University of Ceylon, Peradeniya, his central interest concerns contemporary religious and social developments in the traditional Theravada Buddhist nations of south and southeast Asia. He has written on these issues in both Eastern and Western journals. 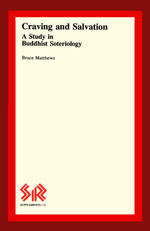