Jordan Paper is a professor emeritus at York University (East Asian and Religious Studies) and a fellow at the Centre for Studies in Religion and Society at the University of Victoria. He studied Buddhist Chinese at and received his doctorate in Chinese Language and Literature from the University of Wisconsin (Madison). His many books on religion and Chinese philosophy include The Fu-Tzu: A Post-Han Confucian Text, The Spirits Are Drunk: Comparative Approaches to Chinese Religion, The Chinese Way in Religion (2nd edition), and The Mystic Experience: A Descriptive and Comparative Approach. 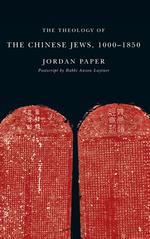