William A. Stahl is a professor of sociology at Luther College, University of Regina, who specializes not only in the sociology of religion but also in science, technology, and society, and who holds a degree in theology. He is a regional director for the Canadian Network on Science and Religion. Between 1989 and 1993 he was a senior researcher on an international, interdisciplinary team that developed a design model for computerizing the university system in India. His class on religion and the sciences won an award from the John Templeton Foundation’s Science and Religion Course Program 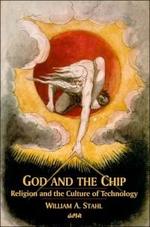