Gail Guthrie Valaskakis was Distinguished Professor Emerita of Concordia University in Montreal and the director of research at the Aboriginal Healing Foundation in Ottawa. She was a founding member of the boards of Waseskun Healing Lodge, the Montreal Native Friendship Centre, the Native North American Studies Institute, and Manitou Community College and served on numerous boards dealing with issues involving women, First Nations, race, and culture. Her background is Chippewa and she was raised on the Lac du Flambeau reservation in Wisconsin. In 2002, she received a National Aboriginal Achievement Award for her contributions to Aboriginal media and communications. Her writing on the development and impact of northern and Native communications and on issues of Aboriginal cultural studies is widely published. 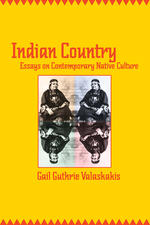