Franklin Wellington Wegenast was a third-generation German Canadian but intensely loyal to Britain. After an early career as a music teacher, he became a lawyer and the author of several books on Canadian law. Wegenast had broad interests that encompassed French architecture and the history of religion; he also kept wild ducks and bred sheep. He travelled many times throughout Europe before his last trip in 1938. 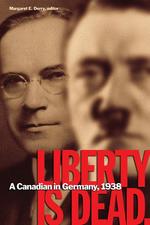