Reflecting on life in and around the Press

It seems like yesterday when I sat nervously in the office of then press director Brian Henderson, facing friendly but terrifying faces and trying to appear like I hadn’t been out of the work force for almost ten years. It must have worked, because this week I’m marking my twenty years at WLU Press even though some days I still feel like the new kid on the publishing block. 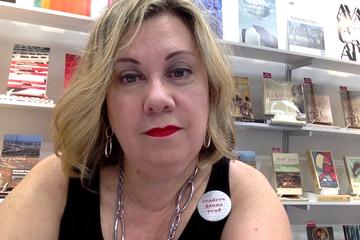 The personal and the professional blend together on this anniversary, by which I mean this is also the twentieth anniversary of my becoming a lone parent to my four children. Now in their twenties and thirties, they ranged from age 5 to 13 then, and it was no easy task to take on a new job, a new home, and all the responsibilities of solo parenting. I’m glad those days are behind me! The two anniversaries are so intertwined for me that I find it impossible to write about one without the context of the other, but for the purposes of this blog, I’ll focus on the press.

When it became apparent that I would need to have my own income, I started looking around for a job that would give me some flexibility for my young family but still provide stability and opportunity for the future. I learned that Wilfrid Laurier University Press was hiring for a part-time position in the mailroom – at that time the press did its own distribution and that of a number of journals. I had interviewed earlier in the year for an editorial assistant position and didn’t get it, but here was another opportunity, and I jumped at it.

The beginning of my current career came about six months later when the press posted a job for a publicist. With the urging of Carroll Klein, then managing editor, I applied for the job and got it. I wouldn’t get it today, when the most entry-level positions require a publishing certificate and a degree. I had neither. I’ll always be grateful to Carroll for mentoring me, and to Brian for taking a chance. I hope he’d agree it has paid off! It certainly changed my life.

I worked hard. I listened, and I read, and I learned, and I messed up, and I tried again. Just as I thought I had it all figured out, everything changed again (hello social media in the mid-oughts!). As others retired, and roles shifted, I eventually took on more responsibility and had to start learning all over again (hello metadata!). Just recently we’ve added audiobooks and podcasts to our publishing program, and my head is swimming with new terms and new possibilities.

I’ve now been here longer than anyone else at the press and that regularly surprises me. I hold the institutional memory of the way old colleagues like Cathy, or Leslie, or Heather, or Steve used to do things. I remember discussions we had about a cover from 2011, and an odd contract detail without having to look it up. Some days that feels like trivia, but on others it opens doors.

I want to say to the current press crew – Lisa, Siobhan, Murray, Lindsey, and Maia – that I couldn’t work with better people, couldn’t imagine a better career. I can’t promise to be around for another twenty years, but I look forward to what comes next.