Renowned Canadian composer John Beckwith passed away in December 2022 at the age of 95. Over the years we were fortunate to publish several of his books, including a biography of his teacher Alberto Guerrero (who also taught Glenn Gould) and his own memoir, Unheard Of: Memoirs of a Canadian Composer (2012).

We asked Kimberly Barber, a Professor in Voice in the Laurier Faculty of Music, to share her memories of John Beckwith and her engagement with his work.

Kimberly Barber: I first encountered John Beckwith when I was an undergraduate music student at the University of Toronto in the early 80s. His presence was strongly felt—he was an active, highly prolific composer, and he had already written many songs and collaborated with the crème-de-la-crème of the Canadian music scene. At the time, I was awfully green as a musician, and terrified of pretty much any music (other than Benjamin Britten, funnily enough! His music was far from easy!) written after the 1950s. Nonetheless, I certainly spent time with John; on at least one occasion I was invited (with other artists) to his home—he and his partner Kathleen McMorrow were big opera fans and were marvellous hosts. It was only much later, as my musical skills became stronger and I grew less fearful of things that required a metronome and some sight-reading chops, that I began to engage with John Beckwith’s vast output of vocal music.

Once I became a member of the voice faculty at Laurier in 2002, I frequently recommended John’s work to my students—not only did we have a mandate for our students to learn Canadian works, but by that time I was a solid advocate for both contemporary music and Canadian composers of it. Among my favourites were John’s Lyrics of the T’ang Dynasty and his ee cummings settings. But I suppose when things really came full circle were when John’s son Larry (Artistic Director of Toronto Masque Theatre at the time and, coincidentally, an alumnus of the same high school music program as mine) invited me to play the leading role of Agatha in a major remount of the John Beckwith–James Reaney work, Crazy to Kill, a wildly entertaining and challenging murder-mystery-cum-opera complete with life-size puppets. John attended many rehearsals and was clearly enchanted with the creative process. What a gift to have been able to perform it with him in the house!

During the pandemic, Larry invited me once again (this time through his new creative outlet, Confluence Concerts) to contribute to online festivities celebrating John’s considerable oeuvre for his 90th birthday, alongside such Canadian vocal luminaries as Russell Braun and Barbara Hannigan (among many others). It was an honour to be able to perform one of John’s settings of Colleen Thibaudeau’s poetry, The Formal Garden of the Heart, accompanied by my dear friend Anna Ronai (another Laurier colleague) and recorded on my iPhone! This celebration of the complete John Beckwith Songbook went on over several days, and had a huge following. It was a fitting tribute to a Canadian icon.

I am so deeply grateful to John for his undying love for the voice, for poetry and for drama. What an honour it has been to perform his works over the years, and to have known him as a human being. He will be greatly missed, and will remain legendary in the pantheon Canadian composers. Rest well, John. 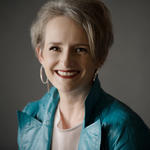