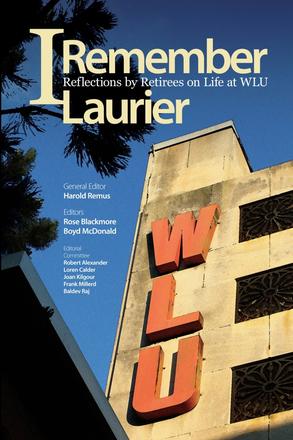 Reflections by Retirees on Life at WLU

Money: Counting It and Making It Count | Tamara Giesbrecht

Waterloo College Student to University Lawyer: On the Legal Side of Things | Reginald A. Haney

The Bookstore Grows Up | Paul Fischer

The Best Job I Ever Had | Ralph Blackmore

Spatial Memories, Mostly Geographical, Mostly of the Sixties and Seventies | Herbert A. Whitney

In the Beginning: Life at Biology—and Off Campus | Robert W. McCauley

Our Home on Native Land: Digging Up a Pre-Contact Site (and Beyond) | Eduard R. Riegert

Putting a New University on the Map | Arthur Stephen

The Perks and Perils of a University Photographer | James Hertel

A University Press Comes into Being | Doreen Armbruster

The Library—Growing with a Growing University | John Arndt

Don’t Judge a Book by Its Cover (Or, Peeling the Onion) | Bruce Fournier

From Poverty to War: An Historian’s Odyssey | Terry Copp

Part IV: Quotidian: The Day-to-Day (Or, Keeping the Wheels Turning)

Getting Everyone and Everything Just Right | Jim Wilgar

On Students and Deaning | Fred Nichols

A Picture Is Worth a Thousand Words—AV and Beyond | Wilhelm E. (“Willi”) Nassau

French House: A First, and Then Some | Joan Kilgour

The First Four Years: Foundations for the Next Thirty | Paul Tiessen

About the Editors and Contributors

About the Editors and Contributors

Boyd McDonald taught piano, harmony, and counterpoint in the Faculty of Music 1976–1996. He became interested in fortepiano in 1980 and has since recorded Beethoven, Brahms, and Molique using various fortepianos. Following retirement, he taught piano part-time until 2008 and served for many years on the executive of the WLU Retirees Association.

Harold Remus came to WLU in 1974, teaching in Religion and Culture and as adjunct faculty in Waterloo Lutheran Seminary; he served as director of Wilfrid Laurier University Press (1978–83) and as executive officer of the Council on the Study of Religion (1977–85) when its office was located at WLU. He retired as professor emeritus in 1994.

Robert Alexander taught philosophy at WLU from 1964 to 1984, including four years as chair of the department. Since retiring from the Ontario civil service in 2002, he has been teaching courses for the Laurier Association of Lifelong Learning.

Loren Calder was born in Trail, B. C., in 1929. He joined the WLU Department of History in 1960, where he taught Russian, Soviet, and modern diplomatic history, serving at times as department chair; he retired in 1994.

Joan (Weber) Kilgour taught French language, literature, and culture at WLU from 1964 until her retirement in 2007.

Baldev Raj, professor emeritus, School of Business and Economics, came to WLU in 1972. The former editor of Empirical Economics, he was honoured as university research professor for 1989–90 and has held visiting professorships in the UK, Norway, Austria, Australia, Japan, New Delhi, and Canada, and now serves on the executive of the WLU Retirees Association.

James Hertel began his career at WLU on September 1, 1977, after being hired by Dr. Flora Roy and Willi Nassau with the title of University Photographer, retiring from 2009 from a career he had always dreamed of.

John Arndt graduated from WLU in 1964; the holder of the B. L.S. and M. L.S. degrees from the University of Toronto, he came to the WLU library in 1967, where he served variously as head of information services, collections management, and acquisitions. He retired in 1999.

Doreen Armbruster began at WLU in 1973 in Academic Publications, the forerunner of the Wilfrid Laurier University Press (established in 1974). Production Coordinator for two decades until retiring in 1998, she continues as a freelancer on the production of the Press’s sixteen-volume Collected Works of Florence Nightingale.

Ed Bennett taught in the WLU Department of Psychology from August 1971 until his retirement in June 2005. He introduced community psychology courses and community-service learning at WLU and served as the director of the Community Psychology M. A. program for many years.

Hart Bezner obtained a B. Sc. and Ph. D. degrees in Physics from McMaster University. He was a member of WLU’s Department of Physics from 1967 until retiring in 2003, during which time he also served for twenty-three years as director of Computing Services.

Ralph Blackmore (1916–2002) began teaching economics in the School of Business and Economics in 1966 after serving as financial editor at The Globe and Mail and in public relations at Massey Ferguson. He retired from WLU in 1981 and again in 1991. The Ralph Blackmore Award is given annually to a first-year student in honours Economics.

Terry Copp joined the Laurier Department of History in 1975, retiring in 2004 to become director of the Laurier Centre for Military Strategic and Disarmament Studies, a position he still holds.

Paul Fischer, after nine years in a parish ministry, served as manager of the WLU bookstore from 1965 until 2004.

Bruce Fournier joined the School of Business and Economics in 1978, after seventeen years spent hunting submariines and conducting personnel research in the military. In addition to teaching management and organizational behaviour he served as associate dean and in the Research Centre for Management of New Technology and in the Laurier Institute for the Study of Public Opinion and Policy. He retired in 2002.

Delton Glebe (1919–2011) graduated from Waterloo College (1947) and Waterloo Lutheran Seminary (1950). He chaired the Board of Governors when Waterloo Luterhan Univeristy was established, taught at the seminary and university 1960, and served as the principal-dean of the seminary 1970–84.

Barry Gough joined the Department of History in 1972. He was university research professor and served as assistant dean of Arts and Science. In 2004 he reitred to Victoria, B. C., as professor emeritus.

Gordon Greene joined WLU as professor of music history in 1978. A year later he became dena, serving for ten years, and again in 2005–06. The Aird Building was constructed during his tenure in the 1980s.

Reginald A. Haney taught law in the School of Business and Economics from 1970 to 1995 and also served as university solicitor for a period of fifty years, from 1960 to 2010.

Alfred Hecht taught in the Department of Geography and Environmental Studies from 1972 to 2006 and served as director of Laurier International from 1999 to 2005.

Ray Heller was a faculty member in the Department of Chemistry from 1966 until his retirement in 1997, teaching various levels of introductory, organic, and industrial chemistry as well as biochemistry.

Walter H. Kemp began at Waterloo College in 1965, coordinating and developing musical activities. These led to the founding of the Department of Music, of which he was chair until it became the Faculty of Music in 1975. During those years he presided over the implementation of the Bachelor of Music program and the expansion of the faculty foster. He also directed the WLU choir.

Bill Marr was a faculty member in the Department of Economics from 1970 to 2009 and served as assistant dean of Graduate Studies and Research, associate director of Instructional Development, and chair of the Research Ethics Board during parts of those years.

Robert W. McCauley was a member of the original Biology department of Waterloo Lutheran University, joining in 1965 and continuing on into the Laurier years until retiring in 1992. He taught aquatic ecology and carried out research on the role of temperature in the life of fish.

Josephine C. Naidoo joined the Department of Psychology in 1969, retiring at the rank of professor in 1997. Alongside professorial duties she was involved in a wide range of activities at WLU as well as at local, national, and international levels; in retirement she served as president of the WLU Retirees Association.

Wilhelm E. (Willi) Nassau began at WLU in 1969 as director of Audio-Visual Resources; in addition he taught courses in film and other media. One of the founders of Telecollege, he retired in 1989.

Rich Newbrough started at WLU in 1968 as an assistant football coach and lecturer in Physical Education. He became head football coach and director of Athletics in 1984, retiring in 1997. He coached the WLU football team that won the 1991 Vanier Cup.

Fred Nichols served as dean of students from the time of his arrival on campus in 1963 until 1997. The Campus Centre now bears his name; in retirement he assists the WLU development office in fundraising.

Arthur (Art) Read taught in the WLU Department of Physics and Computer Science from 1966 to 2005. After serving as dean of Arts and Science from 1983 until 1998, he was named the first dean of the new Laurier Brantford satellite campus, serving from 1998 to 2000.

Robert J. (Bob) Reichard found a home at Laurier for twenty years (1976 to 1996) as manager of Material Management, which included many hat changes along the way.

Eduard Richard Riegert was a professor of homiletics at Waterloo Lutheran Seminary 1965–1006 and Affiliated Faculty in Religion and Culture, WLU, 1970–1988.

Arthur Stephen joined Laurier in 1974 as a junior admissions officer. Over the next twenty years he was director of liaison, director of institutional relations, and in his last fifteen years as vice-president: advancement was responsible for recruitment, public affairs, alumni, and development. He retired in January 2011.

Frank Turner was appointed in 1966 as the first full-time faculty member after the dean in the Graduate School of Social Work. He served as dean (1969–79) as well as acting as vice-president: academic for one year. Following stays at Laurentian, York, and Case Western, he returned to Laurier to serve as interim dean of Social Work (1994–96), following which he served as head of Laurier International for one year.

Herbert Whitney joined the WLU Department of Geography, Geology and Planning in 1965, where he taught historical/cultural geography, East Asia, environmental perception, and history and philosophy of geography. He retired in 1993.

Jim Wilgar received his B. A. from Waterloo Lutheran University (1960) and an M. A. in geography and resource management (1972). He served as director of admissions and liaison at WLU until 1970, when he became director of admissions at the University of Western Ontario; in 1977 he returned to WLU as registrar and secretary of senate. From 1984 until his retirement in 1997 he served as associate vice-president: student services and personnel.

I Remember Laurier is the story—actually, thirty-seven stories—of the little university that could, told by some of those who devoted themselves to transforming the school from its modest beginnings into a superb small liberal arts college, and in turn to the university whose growth, diversification, research, and partnerships characterize it today.

Although the stories are diverse in content, viewpoint, and tone, readers will note a number of unifying themes, one being nostalgia for a small university where faculty, staff, and students were close and new initiatives were readily approved and easily implemented. Here too are reflections, sometimes bemused and sprinkled with humour, on professors, administrators, and students, the “Laurier Experience,” and significant events such as “WLU” becoming “WLU” (Waterloo Lutheran University was renamed Wilfrid Laurier University in 1973). Evident throughout is the pride of the contributors in the development of the university to its current status and in having played a role.

In the photo album at the back of the book readers will find vintage prints of the authors and of many others mentioned in the book. More photos will soon be available on the website of the Wilfrid Laurier Retirees’ Association: http://www. wlu. ca/retirees.

``The great author Virginia Woolf said that ‘Each has his past shut in him like the leaves of a book known to him by heart and his friends can only read the title. ’ This volume is a wonderfully welcome attempt to ensure that the leaves of the book of Wilfrid Laurier University are read by many. Intimate and highly personal glimpses into the soul of an institution are relatively rare. Here, and in celebration of the centennial of the university, are glimpses to remind us both that our future springs from our past and that our past is a rich and strong foundation on which to build. The vignettes presented in this book are a wonderful read—enjoy!'' 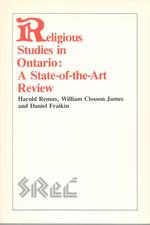 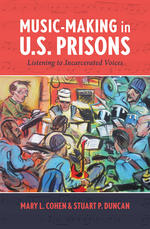 Through a Changing Landscape