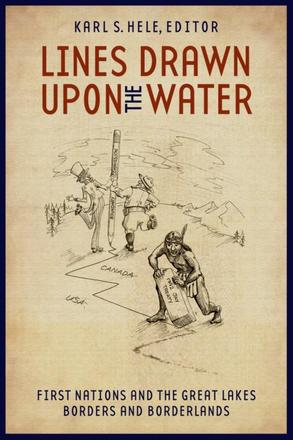 First Nations and the Great Lakes Borders and Borderlands

Excerpt from Lines Drawn upon the Water: First Nations and the Great Lakes Borders and Borderlands edited by Karl S. Hele

From the Introduction by Karl S. Hele

Borders are lived experiences. While non-Natives and Natives regularly cross to and from the United States and Canada for pleasure or work, real differences in culture and experience can significantly set apart the lives of people living along one side of a border from those living a mere drive across it. The simple experience of transiting the border will not be the same for all. For instance, those living in the Sault Ste. Marie or Windsor-Detroit borderlands regularly engage in what is officially deemed to be the smuggling of goods and services across the border. This is such a lived experience that from youth we are trained not to volunteer unsolicited information and to understate the reasons for a brief foray across the international line. If the border guard fails to ask about alcohol or other goods in the trunk, few are apt to declare its presence. Likewise, we learn that wearing newly acquired clothing even for a few minutes creates a fiction to relieve the burden of paying duties because the clothes are now used. Such calculations and actions, while commonplace among borderland residents, can shock and occasionally appall those who did not grow up near the border. Their experiences are far less likely to have equipped them with the repertoire of half and hidden truths that often underlie the responses of borderland residents to the routine questions of grim-faced border guards. Borders, however, are relevant far beyond the simple daily movement of goods and individuals; these demarcations--particularly those in the Great Lakes--divide families, communities, and cultures. The multiplicity of borders include not only the line separating Canada and the United States but also the lines drawn between sovereign First Nations' territories and settler societies, as well as those frontiers that we draw between ourselves based on perceived differences.

Table of Contents for
Lines Drawn upon the Water: First Nations and the Great Lakes Borders and Borderlands, edited by Karl S. Hele

1. “We have no spirit to celebrate with the great [1893] Columbia Fair”: Aboriginal Peoples of the Great Lakes Respond to Canadian and United States Policies During the Nineteenth Century | Edmund J. Danziger, Jr.

3. From Intercolonial Messenger to “Christian Indian”: The Flemish Bastard and the Mohawk Struggle for Independence from New France and Colonial New York in the Eastern Great Lakes Borderland, 1647–1687 | Mark Meuwese

4. The Anisinaabeg and Métis in the Sault Ste. Marie Borderlandss: Confronting a Line Drawn upon the Water | Karl S. Hele

5. In the Shadow of the Thumping Drum: The Sault Métis: The People In-Between | Alan Knight and Janet Chute

6. “Those freebooters would shoot me like a dog”: American Terrorists and Homeland Security in the Journals of Ezhaaswe (William A. Elias [1856–1929]) | David T. McNab

10. Borders Within: Anthropology and the Six Nations of the Grand River | Michelle A. Hamilton

12. “This is a pipe and I know hash”: Louise Erdrich and the Lines Drawn upon the Waters and the Lands | Ute Lischke

Phil Bellfy is an associate professor in the American Indian Studies program at Michigan State University. He is also an enrolled member of the White Earth Band of Minnesota Chippewa and is active in the Native community.

Janet E. Chute teaches anthropology and ethnohistory at Mount Saint Vincent University, and is an adjunct professor with the School for Resource and Environmental Studies at Dalhousie University. She acts as a consultant in land claims and identity cases with many Aboriginal nations across Canada.

Rick Fehr is a doctoral student in the Faculty of Environmental Studies at York University, where he is researching the historic and contemporary relationships between Anishinaabe and settler communities in southwestern Ontario. His research is aimed at exploring how these relationships can enact positive land ethics.

Michelle A. Hamilton is a postdoctoral fellow at the University of Guelph researching the history of amateur archaeological collecting and has worked in museums across Canada.

Karl S. Hele is an Anishinabeg historian, the Director of the First Nations Studies program and assistant professor of anthropology and history at the University of Western Ontario.

Alan Knight is an Anglican clergy and archivist for the Diocese of Algoma and a sessional lecturer in Canadian history at Algoma University College in Sault Ste. Marie.

Ute Lischke teaches German literature, film studies, and cultural perspectives at Wilfrid Laurier University, where she is associate professor in the Department of English and Film Studies.

Allan K. McDougall, professor emeritus from the University of Western Ontario, is a political scientist whose expertise is in political communication, public policy, and law.

David T. McNab is a Métis historian who has worked for three decades on Aboriginal land and treaty rights issues in Canada. David teaches in the School of Arts and Letters in the Atkinson Faculty of Liberal and Professional Studies at York University in Toronto, where he is associate professor of Indigenous Studies. Since 1992 he has also been a claims advisor for Nin. Da. Waab. Jig. , Walpole Island Heritage Centre, Bkejwanong First Nations.

Mark Meuwese is assistant professor in the history department of the University of Winnipeg. His research interests include Indigenous peoples in the early modern world.

Catherine Murton Stoehr is a doctoral student at Queen’s University. Her dissertation discusses the Anishinabe encounter with Methodism in early-nineteenth-century Upper Canada.

Lisa Philips, professor and chair of anthropology at the University of Alberta, is a linguistic anthropologist who has worked extensively on First Nationsstate relations.

Norman Shields is a historian for Parks Canada. His principal research interest is inter-village Anishinabek alliances in the nineteenth and twentieth centuries.

The First Nations who have lived in the Great Lakes watershed have been strongly influenced by the imposition of colonial and national boundaries there. The essays in Lines Drawn upon the Water examine the impact of the Canadian—American border on communities, with reference to national efforts to enforce the boundary and the determination of local groups to pursue their interests and define themselves. Although both governments regard the border as clearly defined, local communities continue to contest the artificial divisions imposed by the international boundary and define spatial and human relationships in the borderlands in their own terms.

The debate is often cast in terms of Canada’s failure to recognize the 1794 Jay Treaty’s confirmation of Native rights to transport goods into Canada, but ultimately the issue concerns the larger struggle of First Nations to force recognition of their people’s rights to move freely across the border in search of economic and social independence.

Lines Drawn upon the Water thus works to nuance understandings of Great Lakes colonial history and to problematize the boundaries between Canadian and American, settler and native, and colonizer and colonized.

The book is a masterful collection of articles that stretches one's concept of borders far beyond the restrictions conjured by notions of geography. Each chapter has the potential to invite further study of individual situations where the interaction of divergent cultures provides a microcosm with wide-ranging implications.

Lines Drawn upon the Water is a useful read for anyone concerned with North American borderlands, issues of Native identity and sovereignty, or Great Lakes history. Although most of the material is oriented on the Upper Lakes, these essays raise issues that are not bound by this geography. As the number of young scholars included in this work proves, studies of the US-Canadian border will continue to provoke interest and attention for years to come.

The essays successfully fulfill the objective set out in the introduction, which was to deconstruct the perception of the Great Lakes borderland as a clear-cut international division. Considering the collection's multidisciplinary focus, each author's historical interpretation is woven into their specialized area, effectively making for a thought-provoking read. ... Not only does [the volume] serve as an excellent collection of essays concerning the borderland experiences of the First Nations people in the Great Lakes region, its collective argument sets a standard for all future native borderland studies.

The essays draw upon specific academic disciplines—history, anthropology, environmental studies, and literature—that hew remarkably to the book's theme. ... The thematic coherence of the volume provides an important window into the interaction of native peoples and white social and political institutions. Because of their geographic focus, ironically, they are able to demonstrate the larger lesson: that to understand the meaning of borders, one must see beyond the lines drawn upon the water. 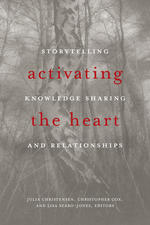 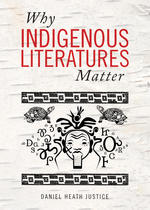 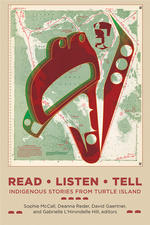