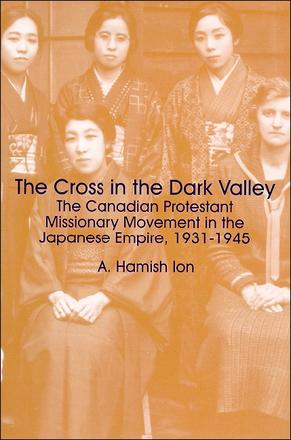 The Cross in the Dark Valley

The Canadian Protestant Missionary Movement in the Japanese Empire, 1931-1945

Table of Contents for
The Cross in the Dark Valley: The Canadian Protestant Missionary Movement in the Japanese Empire, 1931–1945 by A. Hamish Ion

Chapter One: Undertones of the Past

The Early Development of the Japanese Protestant Movement

Chapter Two: Toward the Kingdom of God: Evangelism and Social Concern in Japan

The Depression, Christian Revival, and Kagawa

The Evangelistic and Social Work of the United Church Mission

Canadian Anglicans and the Revival

Canadian Presbyterians and Koreans in Japan

Chapter Three: On the Colonial Frontier

With Goforth in Manchuria

Staying On in North Taiwan

The Shrine Question in Japan

The New Life Sanatorium at Obuse

Educational Work among Koreans in Japan

Chapter Seven: Contrast in the Colonies: Educational and Medical Work in Korea, Manchukuo, and Taiwan

Boys’ and Girls’ Schools in Korea and Manchukuo

Dealing with the Colonial Authorities

Chapter Eight: Missionary Life in Japan and Its Empire

Growing Up in Japan

Young and Old Missionaries in Japan

Living and Working in Rural Japan

Contrast in the Japanese Empire

The 26 February 1936 Incident and Its Aftermath

The Marco Polo Bridge Incident and War in North China

The Nanking Atrocities and the Continuing War

Changkufeng, Nomonhan, and Fear of the Soviet Union

Chiang Kai-shek and the China Crisis

The Twists and Turns on the Road to Church Union

The Marco Polo Bridge Incident and Its Aftermath

The Predicament of the NSKK

Chapter Twelve: Into the Fires of War

Working on in Japan and Korea

The Nippon Kirisutokyodan and the NSKK

Hoping for the Best

In this pioneer study, Ion investigates the experience of the Canadians who were part of the Protestant missionary movement in the Japanese Empire. He sheds new light on the dramatic challenges faced by foreign missionaries and Japanese Christians alike in what was the watershed period in the religious history of twentieth-century East Asia.

The Cross in the Dark Valley delivers significant lessons for Christian and missionary movements in Asia, Africa, the Americas and Europe which even now have to contend with oppression from authoritarian regimes and with hostility.

This new book by A. Hamish Ion, written with objectivity and scholarly competence, will be of interest to all scholars of Japanese-Canadian relations and missionary studies as well as to general historians.

"Ion's treatment of the closing days of prewar missions (chapters 10-12) combines skilful use of archival sources with sensitivity to the emotional elements involved in the missionaries' leaving Japan. ...this study breaks new ground in our understanding of the earliest stage of Canadian-Japanese relations. ...a work which will be of interest to anyone concerned with Canadian-Japanese relations in the twentieth century. "

"This work, volume 3, is especially welcome not only for the historical narrative but also for the light it sheds on two major problems of the period -- namely the Shinto shrine and Union Church controversies. ...Each chapter is well researched with extensive coverage of both primary and secondary sources. While the author bases his work on primary sources, consisting of missionary letters and writings, mission board documents, government documents, and Japanese leaders' writings, the reviewer was impressed by the author's ability to draw on secondary works by contemporary Japanese scholars, writing in Japanese, which immeasurably contribute to the critical analysis of the mission problem. Few Western scholars have achieved facility with the Japanese language allowing for such wide reading. ...This is a superb attempt to revisit the difficult years of the Depression and World War II. Focusing on Canadian missionaries allows the author to cover mission in Japan more widely. This work can not be too highly recommended for scholars and the general public interested in missions in Japan. "

Other Books By A. Hamish Ion 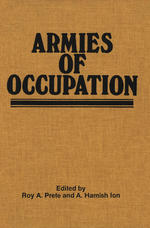 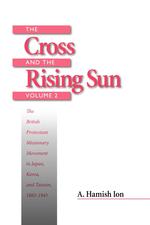 The Cross and the Rising Sun