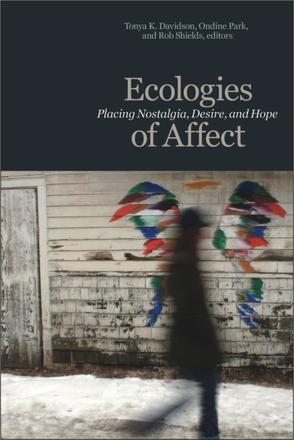 1. “Not everything was good, but many things were better”: Nostalgia for East Germany and Its Politics | Anne Winkler

2. Nostalgia and Postmemories of a Lost Place: Actualizing “My Virtual Homeland” | Tonya Davidson

4. From Disease to Desire: The Afflicted Amalgamation of Music and Nostalgia | Mickey Vallee

5. The Tourist Affect: Escape and Syncresis on the Las Vegas Strip | Rob Shields

8. Illustrating Desires: The Idea and the Promise of the Suburb in Two Children’s Books | Ondine Park

9. The Virtual Places of Childhood: Hope and the Micro-Politics of Race at an Inner City Youth Centre | Bonar Buffam

11. Performing Spaces of Hope: Street Puppetry and the Aesthetics of Scale | Petra Hroch

12. The Spatial Distribution of Hope In and Beyond Fort McMurray | Sara Dorow and Goze Dogu

13. Spectacular Enclosures of the Hope: Artificial Islands in the Gulf and the Present | Mark S. Jackson and Veronica della Dora

Conclusion: A Roundtable on the Affective Turn | Rob Shields, Ondine Park, Tonya Davidson, and the Contributors

Bonar Buffam is a Ph. D. candidate in the Department of Sociology at the University of British Columbia. His research explores the racial intersections of law, civility, and the public life of urban spaces. His current research project documents the racial publics and geographies that emerge through the circulation of texts about illicit urban economies in Vancouver and Chicago. His work also appears in Law, Text, Culture (2009) and Social Identities (forthcoming). He can be reached at hbuffam@interchange. ubc. ca.

Maria-Carolina Cambre is a doctoral student in Educational Policy Studies at the University of Alberta. Her dissertation research is titled “The Politics of the Face: Manifestations of Che Guevara’s Image and Its Renderings, Progeny, and Agency. ” Conceptually, this thesis has transported her to other places such as the disciplinary interstices between art, sociology, and anthropology and methodologically to the Shangri-La between phenomenology, semiotics, and arts-based research. Virtually, she can be found here: http://www. ualberta. ca/~mcambre/.

Tonya K. Davidson is a Ph. D. candidate in Sociology at the University of Alberta. Her research interests include cultural memory, material culture, and the built environment. Her dissertation research is on the dynamic social lives of a series of monuments in Ottawa, Ontario. Tonya is currently teaching in the Sociology department at King’s University College, the University of Western Ontario. She can be found at http://www. tonya-davidson. ca.

Veronica della Dora is Lecturer in Geographies of Knowledge at the School of Geographical Sciences, University of Bristol. She is the author of Imagining Mount Athos: Visions of a Holy Place from Homer to World War II (University of Virginia Press, 2011) and co-editor with Denis Cosgrove of High Places: Cultural Geographies of Mountains, Ice, and Science (IB Tauris, 2008). Her research interests and publications span cultural and historical geography, history of cartography, Byzantine and post-Byzantine studies, and science studies.

Goze Dogu is a Ph. D. candidate in Sociology at the University of Alberta. Her research interests are diverse and include petro-capitalism and “oil culture,” political economy of immigration and racialization, politics/policies of food, and critical analysis of public policy. Her dissertation research is on the problematization of natural resources in Alberta’s oil and gas royalty and tax framework, and attempts to theorize the discursive knowledges and technologies around nature and valuation of natural resources. She can be reached at gdogu@ualberta. ca.

Sara Dorow is Associate Professor of Sociology at the University of Alberta. She heads a SSHRC-funded research project on the challenges and possibilities for “community” in Fort McMurray, Alberta, at the heart of the largest oil industrial development in the world. She is also the author of Transnational Adoption: A Cultural Economy of Race, Gender, and Kinship (New York University Press, 2006). Dr. Dorow may be reached at sdorow@ualberta. ca.

Petra Hroch is a Ph. D. student in Sociology (Theory and Culture) at the University of Alberta. Her doctoral work is supported by a SSHRC Joseph- Armand Bombardier Canada Graduate Scholarship, Izaak Walton Killam Memorial Scholarship, and Ralph Steinhauer Award of Distinction. Petra’s research interests include art, design and aesthetic theory, environmental ethics, and social and political theory. Her work has been featured in Walter Benjamin and the Aesthetics of Change (Palgrave Macmillan,2010).

Allison Hui is a Ph. D. student and Commonwealth Scholar in the Department of Sociology at Lancaster University, UK. Her work examines how what people do and where they do it are intertwined, bringing together theories of mobilities and of practices in an empirical study of leisure pursuits. She is also involved in the ESRC-sponsored Social Change, Climate Change working parties, and is a convenor for the British Sociological Association's Postgraduate Forum. She can be reached at a. hui@lancaster. ac. uk.

Mark Jackson is a Lecturer in Postcolonial Geographies at the University of Bristol. His research interests and publications lie at the intersections between philosophy and social theory, post-colonialism, urban studies, social history, political ecology, and visual studies.

Olga Pak is a Ph. D. candidate in the Department of Sociology at the University of Alberta. Her research interests pertain to social imaginary, nostalgia, urban ethics and aesthetics, social history and cultural studies of Soviet and post-Soviet Russia. Olga’s dissertation project explores post-Soviet urban transformations in Russia. She can be contacted at pak. olga@gmail. com.

Ondine Park is a Ph. D. candidate in Sociology at the University of Alberta and a researcher at the City-Region Studies Centre. She is interested in contemporary exemplars of the “normal”: social, cultural, and spatial practices and forms that are ubiquitous, taken for granted, and normative. Her research interrogates the ways these are represented and reproduced, and how they are imagined or wished to be normal. Her current work focuses on desire, the idea, and promise of the suburban good life. http://www. ualberta. ca/~opark.

Rob Shields is Henry Marshall Tory Chair and Professor in the Departments of Sociology and Art and Design, University of Alberta. He is founder and co-editor of the journal Space and Culture, and founder of Curb magazine. His most recent works include What Is a City? Rethinking the Urban after Katrina (ed. , with Phil Steinberg, University of Georgia Press, 2008) and Building Tomorrow: Innovation in Construction (ed. with André Manseau, Ashgate, 2005). He directs the City-Region Studies Centre.

Matthew Tiessen completed his doctorate in Critical Theory and Visual Culture at the University of Alberta with the support of a SSHRC Doctoral Fellowship and Killam Memorial Scholarship. Matthew’s research engages theories of digital and visual culture, mobility, virtuality, and ethics. His writing has been featured in CTheory; Rhizomes: Cultural Studies in Emerging Knowledge; Space and Culture; Pli: The Warwick Journal of Philosophy; and What Is a City? Rethinking the Urban after Hurricane Katrina (University of Georgia Press, 2008). Matthew teaches in the Communication Studies department at Wilfrid Laurier University.

Mickey Vallee received his Ph. D. from the University of Alberta, where he now teaches courses in sociology and music. He is currently co-editing a hypertext glossary of terms by Deleuze and Guattari with Rob Shields (http://www. deleuzeguattari. com) while writing a book on Lacan and the virtual structures of recorded music. He is delighted to see this anthology released just after the birth of his second daughter, Anouk.

Anne Winkler is a Ph. D. candidate in Sociology at the University of Alberta. She is interested in commemorative practices in the post-socialist context. In her dissertation project, Anne examines the representation of East Germany in museums. She may be reached at awinkler@ualberta. ca.

Ecologies of Affect offers a synthetic introduction to the felt dynamics of cities and the character of places. The contributors capture the significance of affects including desire, nostalgia, memory, and hope in forming the identity and tone of places. The critical intervention this collection of essays makes is an active, consistent engagement with the virtualities that produce and refract our idealized attachments to place. Contributors show how place images, and attempts to build communities, are, rather than abstractions, fundamentally tied to and revolve around such intangibles. We understand nostalgia, desire, and hope as virtual; that is, even though they are not material, they are nevertheless real and must be accounted for. In this book, the authors take up affect, emotion, and emplacement and consider them in relation to one another and how they work to produce and are produced by certain temporal and spatial dimensions.

The aim of the book is to inspire readers to consider space and place beyond their material properties and attend to the imaginary places and ideals that underpin and produce material places and social spaces. This collection will be useful to practitioners and students seeking to understand the power of affect and the importance of virtualities within contemporary societies, where intangible goods have taken on an increasing value.

``The contributors to this excellent collection of essays maintain that affect is directly tied to both the body and to ecologies and that ‘infused with power, grounded in place and located in bodies, affect is viscerally political. ’ Affect can be (and is) used in multiple ways to define, shape, and sell particular places, values, and ideals. The authors provide insights into these processes and critique the lack of attention to affect in current social analyses of particular places. ... The case studies on offer in this collection utilize a range of methodologies to describe the intangible and to demonstrate why the subjective is precisely the point of view that reveals the most about our understanding of place. Through engagements with music, literature, and public art as well as community spaces, tourist destinations, and personal objects, the contributors to this volume uncover the ways in which places make us who we are, along with how we transform them through our values, imagination, and action. ... The strength of Ecologies of Affect: Placing Nostalgia, Desire, and Hope lies in the many very different ways in which the contributors approach affect, place, and ecology. Beginning with natural objects as divergent as giant puppets, a mug, children's picture books, and a young girl's journal, or wildly different places like the bike trail, Las Vegas, and Fort McMurray, the insights offered by the authors about the way that affect shapes both space and place as well as our understanding of our relation(s) to particular places, are varied and often profound. For anyone interested in place, this book is a unique contribution to the existing literature, which suggests that affect should be a critical direction in this ongoing conversation. ''

``A stellar collection of essays; sharply focused, cohesive and very smart. .. The theory is never simply floating off the page and into the ether but is always grounded in some particular phenomenon or experience and, as examples of passionately engaged scholarship, the essays offer a coherent critical apparatus that simultaneously enacts how to go about using concepts like `affect' or `the virtual' in a very concrete fashion. That is, the chapters don't just do the talk (they never bog down in pure philosophy-speak), they walk the walk. ''

``By using affect and ecology to enhance discussions concerning the ontology of space, the volume offers a well-balanced consideration of both material and discursive phenomena. ... A clear strength of the project is the array of intriguing contexts with which to consider materialities and spatialities of affect and the careful consideration given to each case study. Through these wide-ranging and original analyses, the contributors fulfill their aim of blurring the line between the temporal, spatial, virtual, and material. ... This book importantly draws the relationship between affect and matter into geographical discussions while signalling that more attention needs to be given to thinking through this complex relationship. '' 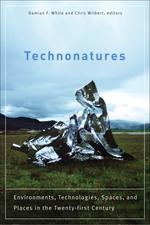