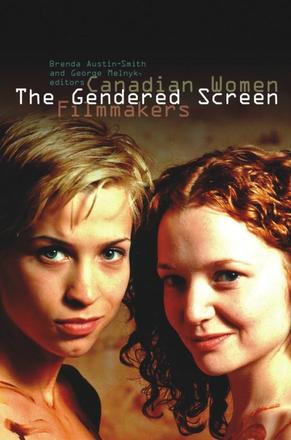 2. Feminist/Feminine Binaries and the Body Politic

The Art of Craft: The Films of Andrea Dorfman | Andrew Burke

4. Transiting Nationality and the Battlefields of Otherness

Women, Liminality, and “Unhomeliness” in the Films of Mina Shum | Brenda Austin-Smith

Beyond Tradition and Modernity: The Transnational Universe of Deepa Mehta | Christina Stojanova

Anthony Adah is an assistant professor in film studies at Minnesota State University, Moorhead, Minnesota. He specializes in post-colonial cinemas, especially those from settler states (Australia, Canada, and New Zealand) and Africa. He is published in Postscript and Film Criticism and has a forthcoming article in Pompeii. His current research projects include theoretical exploration of authorship and genre in Nollywood as well as land and memory in Aboriginal cinemas.

Brenda Austin-Smith is an associate professor in the Department of English, Film, and Theatre at the University of Manitoba, where she teaches a variety of courses, including Cult Film, Film and the City, and Film and Affect. She has published on emotional responses to film melodrama, symbolism in American literature, adaptation, the late novels of Henry James, Patricia Rozema, Manitoba feature films, cinema memory and World War II, and Lars von Trier.

Jean Bruce teaches film theory and cultural studies at Ryerson University in the School of Image Arts, where she is currently the associate chair. She also teaches visual culture in the joint graduate Program in Communication and Culture at Ryerson and York universities. Her research interests include melodrama, consumer culture, sexuality and the cinema, and the home-improvement genre of reality television.

Andrew Burke is an assistant professor in the Department of English at the University of Winnipeg, where he teaches critical theory, cultural studies, and British literature and culture. His current project is on representations of modernity and modernization in contemporary British cinema, part of which is forthcoming in the journal Screen. His recent articles on contemporary cinema and cultural theory have appeared in Historical Materialism and English Studies in Canada.

Kathleen Cummins is a Ph. D. candidate in the graduate program in women’s studies at York University. Her doctoral research focuses on the reconstruction of frontier histories in women’s feminist cinemas. Kathleen has taught film production, screenwriting, and media studies in a variety of institutions, such as the Department of Film at York University, the Media Arts Department at Sheridan College, and the Department of Communication, Culture and Information Technology at the University of Toronto Mississauga/Sheridan College. Her short films have been screened and broadcast internationally.

Florian Grandena is assistant professor in the Department of Communication of the University of Ottawa, where he teaches film studies. He researches gay-themed French-speaking films, particularly the films of Olivier Ducastel and Jacques Martineau, on which he is currently writing a book. He is the author of Showing the World to the World: Political Fictions in French Cinema of the 1980s and the early 2000s (Cambridge Scholars Publishing, 2008) and co-editor of New Queer Images and Cinematic Queerness (Peter Lang Publishing Group, 2010), which focus on the representations of homosexualities in contemporary visual cultures in France and in Quebec.

Shana McGuire is completing a Ph. D. in French at Dalhousie University in Halifax, Nova Scotia. Her doctoral research, funded by both the Killam Foundation and the Social Sciences and Humanities Research Council, examines representations of the body in contemporary French cinema, namely the films of Catherine Breillat, Claire Denis, and Bruno Dumont. She has taught film studies at Mount Saint Vincent University and at the Nova Scotia College of Art and Design in Halifax.

George Melnyk is associate professor of Canadian Studies and Film Studies in the Department of Communication and Culture, University of Calgary. He is a cultural historian who has authored and edited over twenty books on cultural and political issues relating to Canada. In the field of Canadian cinema he has authored One Hundred Years of Canadian Cinema (2004) and edited The Young, the Restless, and the Dead: Interviews with Canadian Filmmakers (WLU Press, 2008) and Great Canadian Film Directors (2007). He is currently completing a manuscript on urbanity in postmodern Canadian cinema.

Lee Parpart is a Toronto-based writer and lecturer whose work on Canadian cinema and visual culture has appeared in Canadian Art, POV, The Globe and Mail, The Whig-Standard, The Canadian Journal of Film Studies, and Essays on Canadian Writing. Her essays on gender and cinema and television (including critical writings about Canadian filmmakers Lynne Stopkewich, Patricia Rozema, and the American TV series Buffy the Vampire Slayer) have appeared in numerous anthologies, including North of Everything: English-Canadian Cinema since 1980, Gendering the Nation: Canadian Women’s Cinema, and Athena’s Daughter’s: Television’s New Women Warriors. After a care-giving hiatus of several years, she is completing a dissertation that explores feminist film and new-media adaptations of Canadian women’s fiction.

Agata Smoluch Del Sorbo is a Toronto-based film programmer and writer who has programmed Canadian feature films for the Toronto International Film Festival since 2005. She holds an M. A. in film studies from York University and has written articles on Patricia Rozema, Canadian cinema, and women's filmaking. She has served on a number of film juries, including the Imagine NATIVE Film Festival and the National Screen Institute and was a lecturer in American cinema at the University of Genoa, Italy. Currently she is completing a research project on national cinemas and cultural identity.

Christina Stojanova is an academic, curator, and writer who focuses on cultural semiotics, gender, genre, and ethnic representation in Canadian multicultural cinema, the cinema of Québec, and Russian and Eastern European cinema. As a member of the Association of Quebec Film Critics, she writes for a number of critical journals and sits on international film festival juries. She also sits on the editorial boards of Rhodopi Publishing House and of Studies in Eastern Europe Cinema. She is an assistant professor in the Department of Media Production and Studies at University of Regina. Among her major publications are chapters in Making It Like a Man: Canadian Masculinities (2009), European Nightmares (Wallflower, 2009), Berlin Culturescapes (University of Regina Press, 2008), The Cinema of Eastern Europe (Routledge, 2005), Traditions in World Cinema (Edinburgh University Press, 2005), Horror International (Wayne University Press, 2005), Cinema of Central Europe (Wallflower, 2005); Alternative Europe: Eurotrash and Expoitation Cinema since 1945 (Wallflower, 2004). She is currently co-editing an anthology on Wittgenstein on Film and a monograph on New Romanian Cinema.

Darrell Varga is associate professor and Canada Research Chair in Contemporary Film and Media Studies at the Nova Scotia College of Art and Design in Halifax. He is the co-editor of Working on Screen: Representations of the Working Class in Canadian Cinema (2006) and editor of Rain/Drizzle/Fog: Film and Television in Atlantic Canada (2007).

Jerry White is associate professor of Film Studies at the University of Alberta. He is author of The Radio Eye: Cinema in the North Atlantic, 1958–1988 (Wilfrid Laurier University Press, 2009) and Of This Place and Elsewhere: The Films and Photography of Peter Mettler (Toronto Film Festival/Indiana University Press, 2006). He is the editor of The Cinema of Canada (Wallflower Press, 2006), co-editor (with William Beard) of North of Everything: English-Canadian Cinema since 1980 (U of Alberta Press, 2002), and the former editor of the Canadian Journal of Irish Studies.

This book is the first major study of Canadian women filmmakers since the groundbreaking Gendering the Nation (1999). The Gendered Screen updates the subject with discussions of important filmmakers such as Deepa Mehta, Anne Wheeler, Mina Shum, Lynne Stopkewich, Léa Pool, and Patricia Rozema, whose careers have produced major bodies of work. It also introduces critical studies of newer filmmakers such as Andrea Dorfman and Sylvia Hamilton and new media video artists.

Feminist scholars are re-examining the ways in which authorship, nationality, and gender interconnect. Contributors to this volume emphasize a diverse feminist study of film that is open, inclusive, and self-critical. Issues of hybridity and transnationality as well as race and sexual orientation challenge older forms of discourse on national cinema. Essays address the transnational filmmaker, the queer filmmaker, the feminist filmmaker, the documentarist, and the video artist—just some of the diverse identities of Canadian women filmmakers working in both commercial and art cinema today.

``The Gendered Screen expands the discursive space for scholarly engagement with women filmmakers in a predominantly masculinist terrain. The contributors provide fresh approaches to filmmakers of the canon and give solid first starts on filmmakers who had previously been left out of the picture of Canadian cinema studies. ''

``The uniform excellence of insight and writing, the variety of critical approaches, and the range from unfamiliar to established artists (and critics) make this a substantial, groundbreaking study. ''

``The Gendered Screen: Canadian Women Filmmakers is an important contribution to Canadian film studies, ensuring the centrality and significance of Canadian women's contribution to filmmaking. This new collection of essays tackles the intersections of film authorship, gender and nation, and while these terms may be undergoing challanges as organized principles for the study of film, as the editors note in the introduction, they ‘had not lost their troublesome fascination for us as teachers and scholars of film. ’ The editors refrain, however, from employing any rigid definitions, encouraging the debates and tensions that arise from the various usages of these potentially vexing terms to shape the anthology. A wide range of filmmakers, regions, and filmmaking practices is covered, and this expansiveness is easily the book's greatest strength. ... An ambitious volume that covers a lot of ground. Many of the essays function as excellent introductions to a filmmaker's work and are easily adaptable to course curricula while also yielding some new insights and approaches to Canadian women's cinema. ''

``The Gendered Screen is a much-needed update that surveys the recent developments and contemporary field of Canadian women's cinema. ... An especially significant dimension of this collection is the attention to filmmakers whose work has been largely neglected by critics and scholars. ... The essays together . .. address a wide cross-section of women's media production in this country. They examine the specificities of different regional contexts and address a variety of media approaches, from experimental film and video to independent features, television, and documentary production. More significant, the book investigates feminist and Canadian cinema beyond counter-cinema forms and art house aesthetics, respectively. The studies here attend to women producers not only working within the mainstream entertainment cinema but also presenting women-centered narratives and using humour as a means of critique. They demonstrate how the commercial sector, traditional women's genres, and comedy can function as sites of resistance that express feminist attitudes and politicized positions. In this way, The Gendered Screen expands the definitions of both feminist and Canadian cinema, contributing significantly to scholarship in both fields. '' 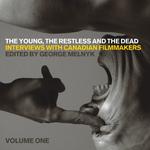