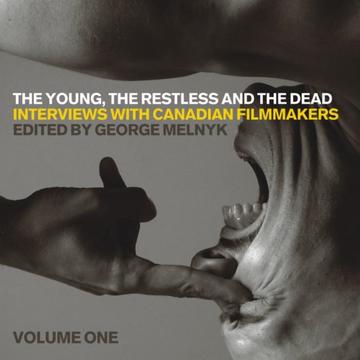 Excerpt from The Young, the Restless, and the Dead: Interviews with Canadian Filmmakers edited by George Melnyk

She's one of Canada's defining English-language cinematic voices. During her career she's directed eight feature films, nine movies for television, and numerous documentaries, miniseries, and television episodes. Her movies for television have been nominated for a total of thirty-one Geminis and her films for a total of thirty-eight Genie Awards. As François Truffaut wrote in Hitchcock, directing films requires “multiple and often contradictory talents . . . only a mind in which the analytic and synthetic are simultaneously at work can make its way out of the maze of snares inherent in the fragmentation of the shooting, the cutting and the montage of a film. “

Wheeler trained as a mathematician, musician, and music teacher before directing her first film. When she talks about directing she uses musical analogies and notations. And when she shoots, it's with mathematical precision. At our first meeting in 1998 to discuss working together on Better Than Chocolate, producer Sharon McGowan and I arrived at Anne's office to the sound of delicate piano playing. It was Anne. When we asked her what the piece was, she said it was her morning improvisation; each day begins with one. I think that this ability to start fresh, to reinvent, is a hallmark of her work as a film artist.

Wheeler's body of work harks back to classic auteurs, directors like George Stevens, Akira Kurosawa, and Billy Wilder whose themes and styles embraced all genres: westerns, comedies, film noir, drama. Wheeler is the same: whether its the social-issue drama of Loyalties, the romantic naturalism of Bye Bye Blues, the neo-noir of television's Da Vinci's Inquest, or the romantic comedy of Better Than Chocolate, Wheeler's recurring themes of liberation and self-knowledge run through them all.

Like George Stevens, Wheeler is a director who understands the importance of landscape in relation to the psyche. Stevens's westerns Shane and Giant share with Wheeler's Alberta films the metaphor of western place. Land and sky become a tabula rasa on which deeply internalized characters (male and female) can see themselves in a new light. As did Akira Kurosawa, another director who understood westerns, Wheeler isn't afraid of epic pacing, and, like Billy Wilder, whose comedies stressed character exaggeration, Wheeler's forays into comedy (Better Than Chocolate, Suddenly Naked) prove that she too can handle an everywoman protagonist thrust into a cockeyed universe.

In the 1970s and '80s Wheeler collaborated with the National Film Board making documentaries and short dramas such as Great Grand Mother, Augusta, Happily Unmarried, Teach Me to Dance, One's a Heifer, A Change of Heart, and A War Story. The latter, narrated by Donald Sutherland, explores her fathers experiences as a doctor in a Japanese prisoner-of-war camp during World War Two. These films laid the groundwork for the films to follow.

Her first feature film, Loyalties (1986), starred Tantoo Cardinal and Susan Wooldridge and was written by Sharon Riis. Loyalties is a powerful film about a friendship between a Metis and a British woman, and deals with child abuse and how a case of abuse (the British woman's husband assaults the Metis womans daughter) propels the two women to action. This groundbreaking film moved Wheeler into the international narrative film world and won awards at film festivals in Houston, San Francisco, Toronto, Portugal, South Africa, Montreal, and the Grand Prix at the Créteil International Women's Film Festival in Paris.

Bye Bye Blues (1988) was inspired by her mother's war years as a musician in a small dance band, and established Wheeler as an auteur director. We explore the making of Bye Bye Blues in this interview. In 1990, she directed the adaptation of the classic novel The Diviners, by Margaret Laurence, for CBC Television. The novel was adapted by renowned screenwriter Linda Svendsen. “Writing is a form of divining”, Laurence has famously said, and with The Diviners Wheeler develops what is now becoming her major theme--women's struggles to discover and divine self-knowledge.

The War Between Us (1995), another film for CBC Television, explores the Japanese internment in Canada during World War Two and is again a film about the bonds between women. This film was written by screenwriter Sharon Gibbon, the granddaughter of the lead character. As with so many of Wheeler's films, real life is once again “divined” into fiction. The film garnered international awards, including the Special Jury Prize from the Houston Film Festival, the Red Cross Award for Humanity, the Critic's Choice Award at Monte Carlo, and a Cable Ace Award for Best Foreign Programming in the United States. In 1996 Wheeler wrote and produced Mother Trucker: The Diana Kilmury Story, directed by Sturla Gunnarsson. The film is a biopic about the woman who fought to change corruption within the Teamsters. That film won the Cable Ace Award in the United States for Best International Programming. In 1998 Wheeler directed the first three episodes of Da Vinci's Inquest, setting the style for the gritty hit series. Better Than Chocolate (1999), our lesbian-themed romantic comedy, premiered at the Berlin Film Festival and was a critical and commercial success. The film received wide distribution in the United States, playing in over 300 theatres. We discuss our collaboration on this film in the interview. Marine Life (2001), adapted from the linked short stories by Linda Svendsen, also explores Wheeler's primary themes of families headed by women and the discovery of self. In 2000 Wheeler directed Suddenly Naked, a romantic comedy that also premiered at Berlin and, through humour, questions what happens when artists create for fame and fortune rather than express themselves truthfully.

Table of Contents for
The Young, the Restless, and the Dead, edited by George Melnyk

The young, the restless, and the dead: An introduction |

1: “It needed to go to a dark place” | Michael Dowse interviewed by Bart Beatty

2: “The funniest people in the world are Canadian”: The boys from Anagram Pictures | Blake Corbett, Andrew Currie, and Trent Carlson interviewed by Peggy Thompson

3: “I’m shockingly unchanged since I picked up a camera” | Guy Maddin interviewed by George Melnyk

4: “Your secrets shouldn’t be so secret” | Mina Shum interviewed by Jacqueline Levitin

5: “I like telling stories that are off the beaten track” | Lynee Stopewich interviewed by Kalli Paakspuu

6. “It’s a job and you have to do it every day” | Gary Burns interviewed by George Melnyk

7. “I like to work one-on-one” | Anne Wheeler interviewed by Peggy Thompson

8. “It is an image that I have retained from infancy” | Jean-Claude Lauzon interviewed by Claude Racine; Translated from the French by Jim Leach

Jim Leach is a professor in the Department of Communication, Popular Culture and Film at Brock University. His publications include Claude Jutra, Filmmaker (McGill-Queen’s University Press, 1999) and British Film (Cambridge University Press, 2004). He is also the author (with Louis Giannetti) of Understanding Movies (fourth Canadian edition) (Pearson, 2005) and co-editor (with Jeannette Sloniowski) of Candid Eyes: Essays on Canadian Documentaries (University of Toronto Press, 2003). His most recent book is Film in Canada (Oxford University Press, 2006).

Jacqueline Levitin is a filmmaker and film historian-critic who teaches at Simon Fraser University in Vancouver. Her recent film work has been in ethnographic documentary (“Building Bridge: A Housing Project for Women” [2003]), live video collaborations for dance and theatre, and an experimental documentary, Mahjong & Chicken Feet (2008), on China’s relation with her Jewish “others. ” She is the co-editor of Women Filmmakers: Refocusing (2003), a dialogue between women filmmakers, critics, and theorists.

George Melnyk is an associate professor of Canadian Studies and Film Studies, Faculty of Communication and Culture, at the University of Calgary. His publications on cinema include One Hundred Years of Canadian Cinema (2004), My Mother Is an Alien: Ten Takes on Life and Film (2004), and Great Canadian Film Directors (2007). He is currently completing a monograph on urbanity in Canadian cinema and organizing the second volume of this series.

Kalli Paakspuu teaches at York University and is a Genie-winning filmmaker, new media, and theatre artist. Her dissertation, “Rhetorics of Colonialism in Visual Documentation” (University of Toronto), examines early cross-cultural communication and the dialogical storytelling on both sides of the camera. Her publications and art projects specialize in visual, oral, and mnemonic knowledge practices. She is developing a feature-film musical based on Liliane Atlan’s play Les Mers Rouges, about the Sephardic Jews exodus from Spain, after directing a successful English world premiere at Toronto’s Fringe Festival in 2005.

Peggy Thompson is an associate professor in the Creative Writing Program at the University of British Columbia. She is the screenwriter of the feature films The Lotus Eaters (1993), for which she won a Genie Award for Best Screenplay, and Better Than Chocolate. She was one of the producers on the feature film Saint Monica (2002) and most recently was one of the executive producers on the documentary The Oldest Basketball Team in the World (2006).

The Young, the Restless, and the Dead captures the spirit of Canadian filmmakers through interviews with the most accomplished and dynamic of yesterday’s, today’s, and tomorrow’s film greats. Funny, provocative, and enlightening, the filmmakers reflect on their careers and explore with the interviewers the issues that challenge them.

This book features an interview with a late director (Jean-Claude Lauzon) whose work is recognized in the canon as outstanding; interviews with filmmakers who are accomplished in their fields and have to their credit a sizeable body of work (Blake Corbet, Andrew Currie, Brent Carlson, Guy Maddin, Lynne Stopkewich, Anne Wheeler, Gary Burns, and Mina Shum); and an interview with a young director new to the field (Michael Dowse). Together these players in the Canadian film scene capture the energy, success, and tribulations of a fascinating cultural industry.

The Young, the Restless, and the Dead is the first volume in a series of interviews with key cultural creators in the field of cinema. It seeks to bring to a wide audience the insights and emotions, the trials and achievements of significant figures in Canadian film.

George Melnyk talks about The Young, the Restless, and the Dead with Eric Volmers of the Calgary Herald. Read the interview online.

"Interview books can have the advantage of enhancing the accessibility and plasticity of a topic, and Melnyk, who tagged this collection in an interview as a ‘fun little book’ that is to ‘capture the fun of filmmaking’, certainly zeros in on this effect by including storyboards, film stills, photos and a very clearly arranged layout. Moreover his selection of directors is far from being well-worn, Guy Madden being the only realy big name among Michael Dowse, the Anagram Picture boys Blake Corbet, Andrew Currie and Trent Carlson, Mina Shum, Lynn Stopkewich, Gary Burns, Anne Wheeler and Jean-Claude Lauzon, thus presenting a panorama. "

``The interviews . .. are certainly accessible, and the relevant expertise of the participating interviewer leads to some insightful questions about filmmaking process and the filmmaker's experiences and ideals. ... As a teacher of Canadian film I imagine this is the sort of book which might capture the interest of new scholars with its attractive presentation and the personal insights that the interview format elicits. ... [A] worthwhile addition to a Canadian film scholar's library and will hopefully increase attention to Canadian film both in Canada and beyond. ''

``The Young, the Restless, and the Dead will contribute to putting Canadian filmmakers, upcoming and established, on the national and international map. ''

Other Books By George Melnyk 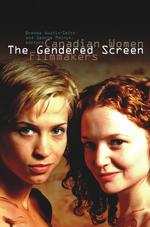