Global migration, MTV, transnational capital, and colonialism have given birth to a new and smaller world. To a greater degree than at any other time in remembered history, different cultures are brought together to live side by side. This close proximity has brought new mixtures and exciting possibilities—and also new struggles and conflicts. From many quarters comes an urgent call to build a sense of political belonging and unity in a diversity of voices. The call to unity is not, however, for uniformity or hegemony in one particular way of life. The unity to whichwerefer requires a rethinking and reconceptualization of existing philosophical paradigms that guide our relationships with others. In the spirit of intercultural dialogue, our Laurier Studies in Political Philosophy series is dedicated to exploring key challenges to our changing world and its needs. We are particularly interested in submissions that challenge dominant existing frameworks and approaches. We invite submissions in areas including Multicultural Theory, Aboriginal Studies and Philosophy, Post-colonialism, Globalization, Critical Race Theory, Feminism, and Human Rights Philosophy.

This book shows how human rights became the primary language for social change in Canada and how a single decade became the locus for that emergence. The author argues that the 1970s was a critical moment ... 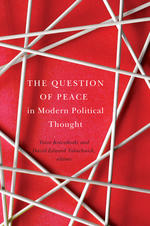 The essays in The Question of Peace in Modern Political Thought address the contribution that political theories of modern political philosophers have made to our understandings of peace. The discipline ... 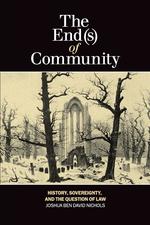 This book stems from an examination of how Western philosophy has accounted for the foundations of law. In this tradition, the character of the “sovereign” or “lawgiver” has provided the solution ...