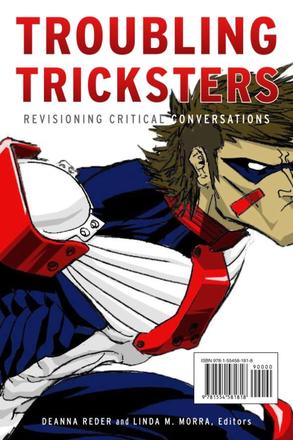 Excerpt from Troubling Tricksters: Revisioning Critical Conversations edited by Deanna Reder and Linda M. MorraFrom What's the Trouble with the Trickster? An Introduction by Kristina FaganI must admit that, when first asked to contribute to this collection of essays on the trickster, I was apprehensive. My first encounter with trickster figures had been in the late 1990s when I was writing my dissertation on humour in Indigenous literature in Canada. At that time, the trickster was a particularly trendy topic among critics and it seemed, as Craig Womack recently put it, that “there were tricksters in every teapot” (“Integrity” 19). Focusing on the trickster seemed to appeal to literary critics as an approach that was fittingly “Native”. The trouble was that the trickster archetype was assumed to be an inevitable part of Indigenous cultures, and so the criticism paid little attention to the historical and cultural specifics of why and how particular Indigenous writers were drawing on particular mythical figures. As a result, the critics' trickster became an entity so vague it could serve just about any argument. Unsatisfied with much of the critical work on the trickster, I critiqued it in a section of my dissertation entitled,”What's the Trouble with the Trickster”? As I recently re-read that piece, I could see, in retrospect, the ways in which the troubles in the trickster criticism of the 1990s reflected broader problems in the study of Native literature at that time. I also realized that these problems have since then been articulated and begun to be addressed by the movement known as Indigenous (or American Indian) Literary Nationalism. I have therefore revised the original piece to give a sense of how the critical treatment of the trickster has fit into and reflected the developing study of Indigenous literature, from the 1990s to the present. I want to separate clearly the creative depiction of figures such as Coyote and Nanabush from literary criticism about “the trickster”. The work of many Indigenous writers in Canada—including such influential figures as Thomas King, Tomson Highway, Beth Brant, Daniel David Moses, and Lenore Keeshig- Tobias—has included mythical figures that could be described as tricksters. And some of these writers have used the term “the trickster” when describing their creative work, in some cases making strong claims for the importance of the trickster, and of a connected “comic worldview”, to Indigenous peoples. In Canada, the most famous spokesperson for the trickster-worldview theory is Tomson Highway, who has repeatedly asserted that Christ is to Western culture as the trickster is to Native culture (Highway XII, quoted in Hunt 59 and in Hannon 41): “One mythology says that we're here to suffer; the other states that we're here for a good time” (quoted in Hannon 41). Later in this essay, I explore some possible reasons for this popularity of tricksters among contemporary Indigenous writers in Canada. The object of my critique is not the Indigenous writers' use of tricksters, much of it emerging in the 1990s, that seeks to explain this use: Allan Ryan's The Trickster Shift (1999), Kenneth Lincoln's Ind'in Humor (1993), and many essays asserted the “trickster spirit” in Indigenous creative work. 2 Any humorous work by an Indigenous author seemed to be considered the result of a trickster influence. We can see this single-minded approach to Indigenous humour when, for instance, Blanca Chester claimed that “Native satire . . . is always connected to the trickster” (51, italics mine) and Drew Hayden Taylor pronounced,”while the physical manifestation of Nanabush, the trickster, appears in precious few plays, his spirit permeates almost all work presented as Native theatre” (512, italics mine). The working assumption seemed to be that the trickster was hiding in every work of Indigenous literature and it was the critic's job to find him. 3

Troubling Tricksters is a collection of theoretical essays, creative pieces, and critical ruminations that provides a re-visioning of trickster criticism in light of recent backlash against it. The complaints of some Indigenous writers, the critique from Indigenous nationalist critics, and the changing of academic fashion have resulted in few new studies on the trickster. For example, The Cambridge Companion to Native American Literature (2005), includes only a brief mention of the trickster, with skeptical commentary. And, in 2007, Anishinaabe scholar Niigonwedom Sinclair (a contributor to this volume) called for a moratorium on studies of the trickster irrelevant to the specific experiences and interests of Indigenous nations. One of the objectives of this anthology is, then, to encourage scholarship that is mindful of the critic’s responsibility to communities, and to focus discussions on incarnations of tricksters in their particular national contexts. The contribution of Troubling Tricksters, therefore, is twofold: to offer a timely counterbalance to this growing critical lacuna, and to propose new approaches to trickster studies, approaches that have been clearly influenced by the nationalists’ call for cultural and historical specificity.

``With its impressive lineup of both Indigenous and non-Indigenous scholars and creative writers, this volume demonstrates the fertility of the new, ethically engaged, Indigenous-centric literary critical model. ... The colleciton benefits from the presence of creative work by well-known Indigenous writers like King and also Richard Van Camp, whose risqué story ‘Why Ravens Smile to Little Old Ladies As They Walk By’ is included, then carefully analyzed within the classroom setting by Jennifer Kelly. With its discussion of Indigenous literary expression in a wide range of genres, its refreshing variety in discourse, and the intellectual precision of the majority of its contributions, Troubling Tricksters functions as an excellent illustration of the diversity and vitality of Indigenous literary studies as it is taking shape in the twenty-first century. ''

``The term `trickster' has done much to illustrate the distinct nature of Indigenous literatures and narrative traditions. This volume examines the historical use of this term but also points out its limitations through the lens of Indigenous thought and philosophy. I will have all of my students read and study this important book. ''

``Although the focus of the book is serious, the pieces themselves are lighthearted and engaging, especially the bawdy and irreverent trickster tales (traditional and contemporary). The reader comes away with a sense that the trickster is alive and present, not stored away in an ethnographic tome. This is a significant contribution to the robust field of Canadian indigenous studies and a welcome expansion of Canadian literary studies. ... Highly recommended. ''

"From the opening question, `What's the Trouble with the Trickster?' to the concluding imperative, `Let's Be Our Own Tricksters, Eh,' the essays, interviews, poems, and stories in this collection signal an important new phase of trickster studies: one that is deeply historically and culturally grounded. Deanna Reder and Linda Morra have gathered the nineteen voices of scholars and artists, of storytellers and critics, of tricksters and troublemakers to reinvigorate critical conversations about Nanabush, Coyote, Rigoureau, Wesakecak, Raven, Glooscap, Naapi, and `the trickster'. Often with a captivating sense of humour and in highly readable prose, Troubling Tricksters follows the shift from `the trickster moment' of the 1980s to the ethical engagements of contemporary Indigenous theory. This timely intervention should become compulsory reading for anyone interested in literary studies in Canada today. "

``Troubling Tricksters is a far-reaching text, promoting an innovative critical approach to the ‘trickster discourse’, and also, because of the presence of essays by Native scholars, constitutes the first step towards a more faithful interpretation of Indigenous literature. ''

``The strength of Troubling Tricksters is its grounding in Native literary nationalism, studies that engage not only the literature, but the communities' ways of knowing and traditions from which the work grew. Many of the essays are situated in tribal-specific ways of knowing. ... Clearly, tricksters, in whatever guise, are still a force to be reckoned with. '' 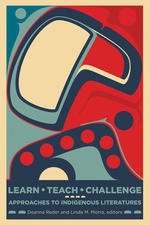